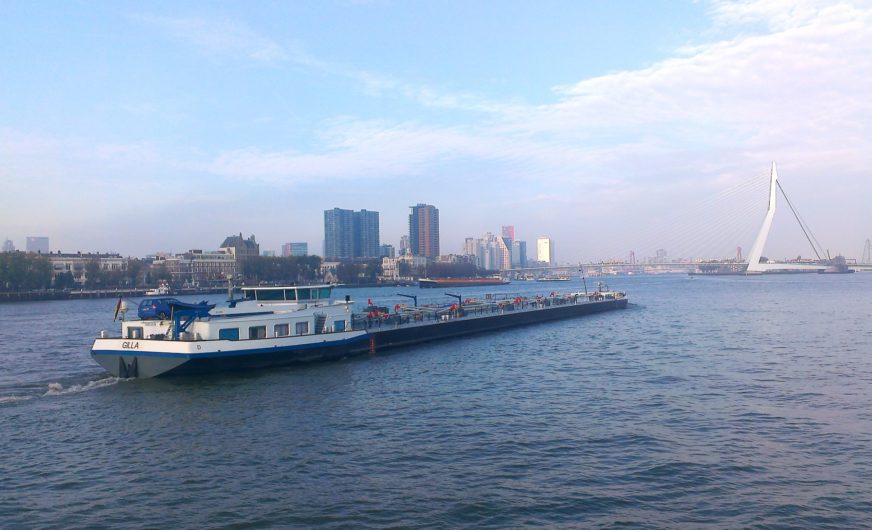 The Bundesverband der Deutschen Binnenschifffahrt e.V. (BDB) has published its current facts and figures in a statistical leaflet representing the key figures on inland navigation from Destatis, ZSUK and BAG. Accordingly, the transport performance in the reporting period was 55.3 billion tonne-kilometers, which means a decrease of 6.4 percent compared to 2014.

Despite the difficult year 2015 with its low water levels, the container business continued to develop pleasingly on the inland waterways. With a total of nearly 2.4 million TEU in 2015, 0.4 percent more containers were transported on German waterways than in 2014.

The number of the German inland fleet vessels decreased slightly over the previous year. By December 31, 2015, 1,999 ships for the transport of dry and liquid cargo were in the German inland shipping register. In addition, there were 80 supply vessels and 296 pushers and 115 tugs. The German passenger shipping industry still has the largest “White Fleet” in Europe, with 983 day trip vessels and 60 passenger cabin vessels. The guest capacity was 207,131, the bed capacity 8,670.

The number of commercial inland waterway companies decreased from 964 in 2013 to 923 in 2014. Of these, 432 companies were transporting dry cargo, 146 active in tanker shipping, 42 in the pushing and towage and 318 in the passenger shipping segment. The number of employees fell in the same period from 7,489 to 6,878. Revenue rose slightly to EUR 1.564 billion.