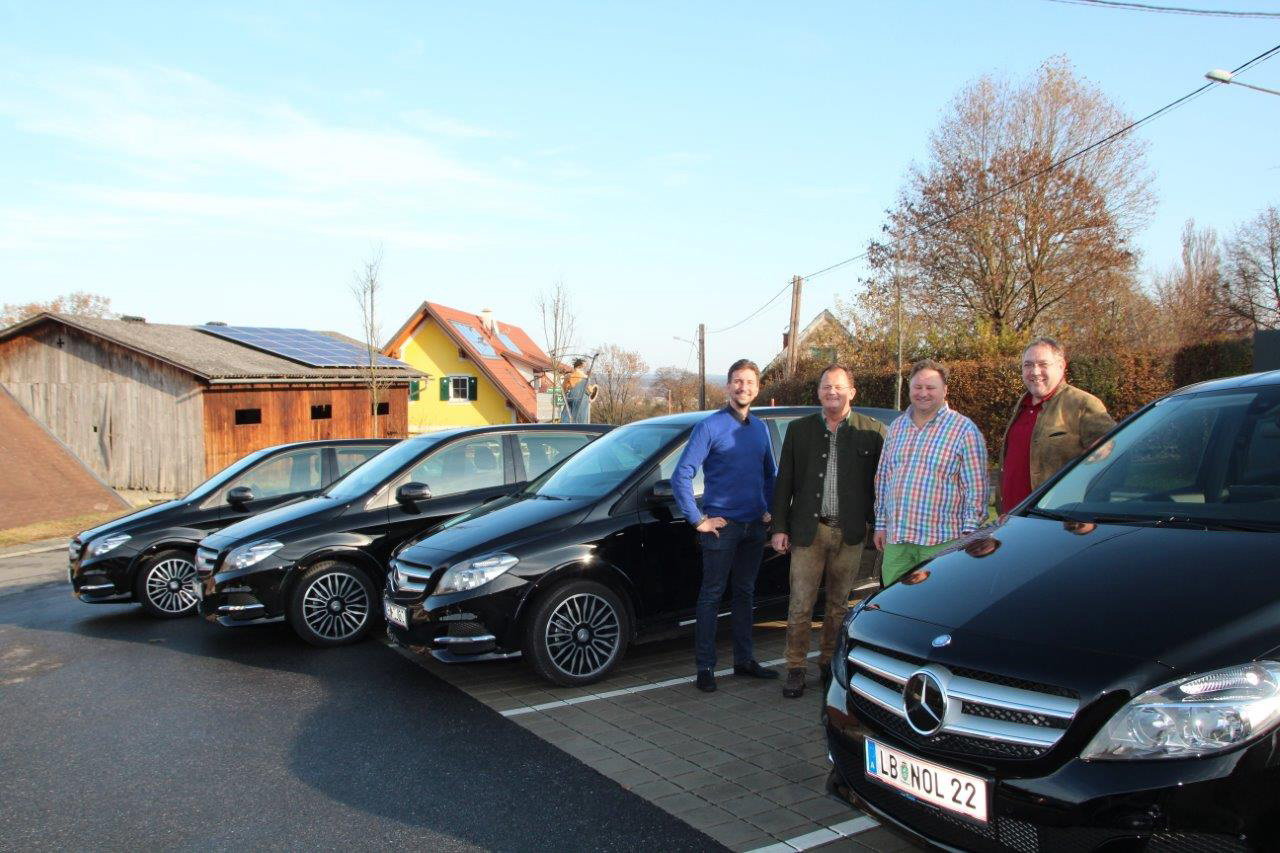 NUN Overland, a forwarding company based in Leibnitz-Kaindorf/Sulm, Southern Styria is changing its entire staff fleet to e-mobility. Six new electric cars of the Mercedes B-Class are rolling almost noiseless through the streets for several weeks.

A designated e-fuel station has been installed at the premises where the vehicle batteries can be charged during working time. Andreas Temmer has recently handed it over officially to the three managing directors of NUN Overland – Kurt Stessl, Hannes Reiterer and Jochen Neukirchner.

“Our employees previously had gasoline-fueled vehicles. Through this change the use of the company vehicle is no longer calculated as a non-cash benefit, which practically increases their monthly net income.  Furthermore, the environmental aspect is also taken into account since Leibnitz counts among the cities with the highest fine dust pollution,” said the CEO of NUN Overland.

NUN Overland forwarding present themselves as a competent partner for transports between Europe and the Orient. In the 2015 financial year more than 40 employees at the sites in Leibnitz and Istanbul managed about 30,000 truck loads and thus achieved around EUR 30 million in turnover.