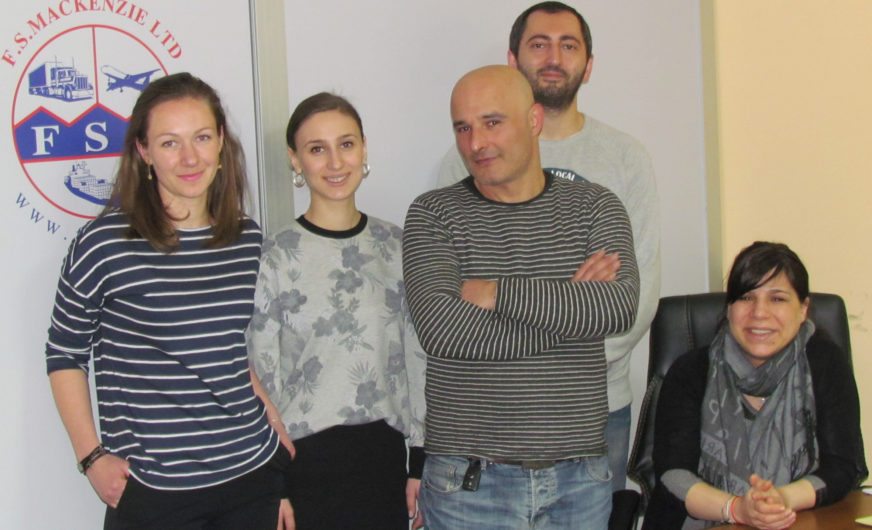 FSM – the UK and Russia member of the FPS Group network of independent forwarders and NVOCCs –  has been active in the region for some years, having commenced road freight operations into the Caucasus in 2009; since 2012 the business has grown further as a result of the launch of regular LCL services to Tbilisi, Yerevan and Baku via the Black Sea’s largest ports of Poti and Batumi in Georgia, and Odessa (the major port of Ukraine).

The new FSM Tbilisi operation is now spearheading the launch of weekly inbound LCL services from a number of key ports in Asia, Europe and the USA, and will provide direct local control over its operations which were previously managed through its Ukraine base. All containers are unloaded at the company’s CFS in Tbilisi, which then provides daily delivery throughout Georgia, and weekly transit services to Yerevan, Armenia and Baku, Azerbaijan.

In addition to LCL, the company is also offering road transport, airfreight forwarding and outsize project forwarding by air and ocean – along with Customs clearance in Georgia and Armenia, insurance, delivery to door, long- and short-term storage, unpacking, packing and repacking, and consolidation and onforwarding of cargoes arriving from different origins for individual consignees. FSM operates its own bonded warehousing 30km from its central Tbilisi base.

Heading the F.S. Mackenzie Georgia office is Irakli Kublashvili as Managing Director. His career includes working for MSC (the world’s second largest shipping line and the market leader in the Caucasus region), as well as middle and senior management posts at leading local freight forwarding companies. He leads a team experienced in all aspects of the freight business, including projects and outsize cargo.

Mr. Kublashvili: “The opening of our own office in Tbilisi is our next step in developing international traffic for Georgia, Ukraine and the Caucasus. It provides us with much tighter control over our operations, ensuring the highest possible service standards. We will continue to invest in this region, with another office planned later in 2016. This will ease the flow of documentation and streamline operational processes with our strategic partners. Our aim is to establish FSM as the leading NVOCC for the region.”