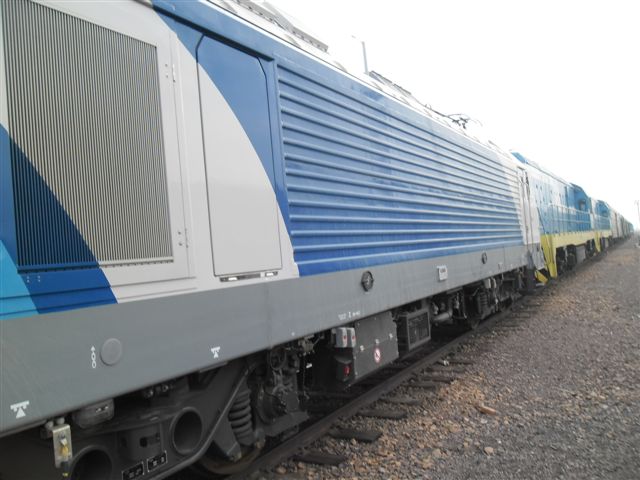 The development of the Eurasian overland bridge is quite promising, particularly for container transit between Western Europe and the Far East. However, there is a different picture of bilateral foreign trade traffic between Russia and Western Europe: enormous declines could be seen in railway traffic. In general railways, forwarders and operators involved in Eurasian traffic have coped well with the challenges resulting from the difficult political and economic environment.

This was the balance drawn at the 24th plenary meeting of the International Council on Transsiberian Transportation (CCTT), which took place on 10/11 November 2015 in Vienna by invitation of the ÖBB. About

250 participants from more than 20 countries attended the event. These included representatives of all railway companies operating on this corridor, of the Russian Ministry of Transport, the Russian Federal Customs Authority and the Russian Federal Rate Service, international associations to promote the Transsiberian traffic as well as of the European GETO and the Japanese TSIOAJ, many representatives of leading transport and logistics companies, and international transport organisations.

Werner Albert, honorary president of the Association of European Trans-Siberian Operators and Forwarders and vice-chairman of the CCTT, reported on behalf of GETO. Also his balance on the development of traffic on the Transsiberian overland bridge since the last CCTT meeting, was a positive one. In particular the transports between China and Europe have become a real alternative for shippers thanks to new, more flexible offers, additional trades and further reduced transit times.

The block train segment as well as open train segment both offer more attractive services for the customers. What is new, is the development of a complex transport system, meaning a train to several destinations in Europe with a determined transit time, container provision and door-delivery. Werner Albert also emphasised on the intensified cooperation with partners in Asia. Agreements such as between GETO‘s InterRail group and KTZ Express, or China Railway Container Transport Co./ CRCT, lifts the cooperation to a new level of quality.

In general GETO sees a significant potential for further growth of container transit via the overland bridge. This includes the interest of further customers in China, as well as Korea and Japan, which has been identified by its member companies. This requires fair competition and a fair pricing on the different transit routes through Russia.