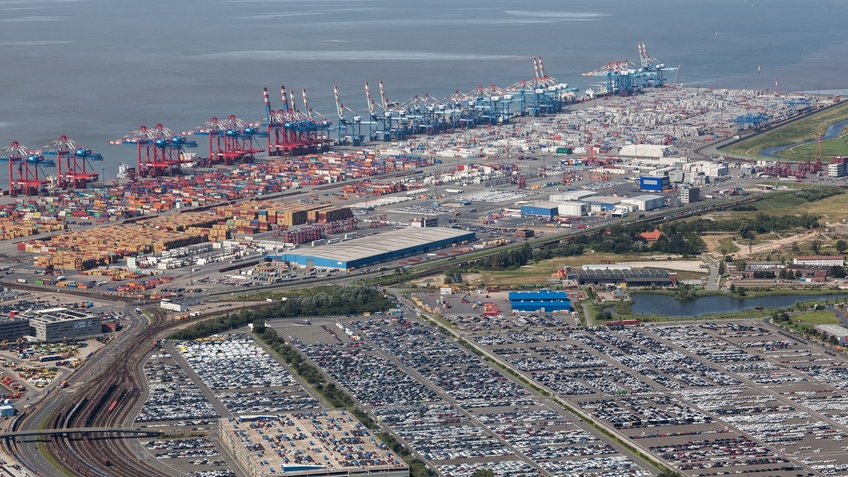 The expansion and quality improvement of the Bremen port railway “Bremische Hafeneisenbahn (BHE)” was continued: The entire overhead line of the port railway in Kaiserhafen-Nord was renewed.

The overhead yokes dated back to the 1960s. To ensure that the port railway is available at any time, the old overhead line was dismantled and replaced by cross-sections.

The cross-sections were suspended on 51 new overhead pylons and mounted at right angles to the tracks. Then about 11 kilometers of wires were hung and stretched.

les with the latest LED technology were installed to ensure safe illumination for the railway staff. Construction had begun on March 1 and was scheduled to be completed by the end of July. The lighting will go into operation at the end of September.

In a next step, the switches will be optimised to gain additional operational reliability, especially in winter. For example, new heaters with the most modern control technology will be installed for 32 points and double crossing points. These will work completely self-sufficient. Equipped with sensors for temperature, humidity and snow, the heaters are only switched on and off automatically when there is a risk of icing and, as a result, operational malfunctions due to frozen points.

The project costs for the measures in the Kaiserhafen amount to a total of EUR 5.2 million.