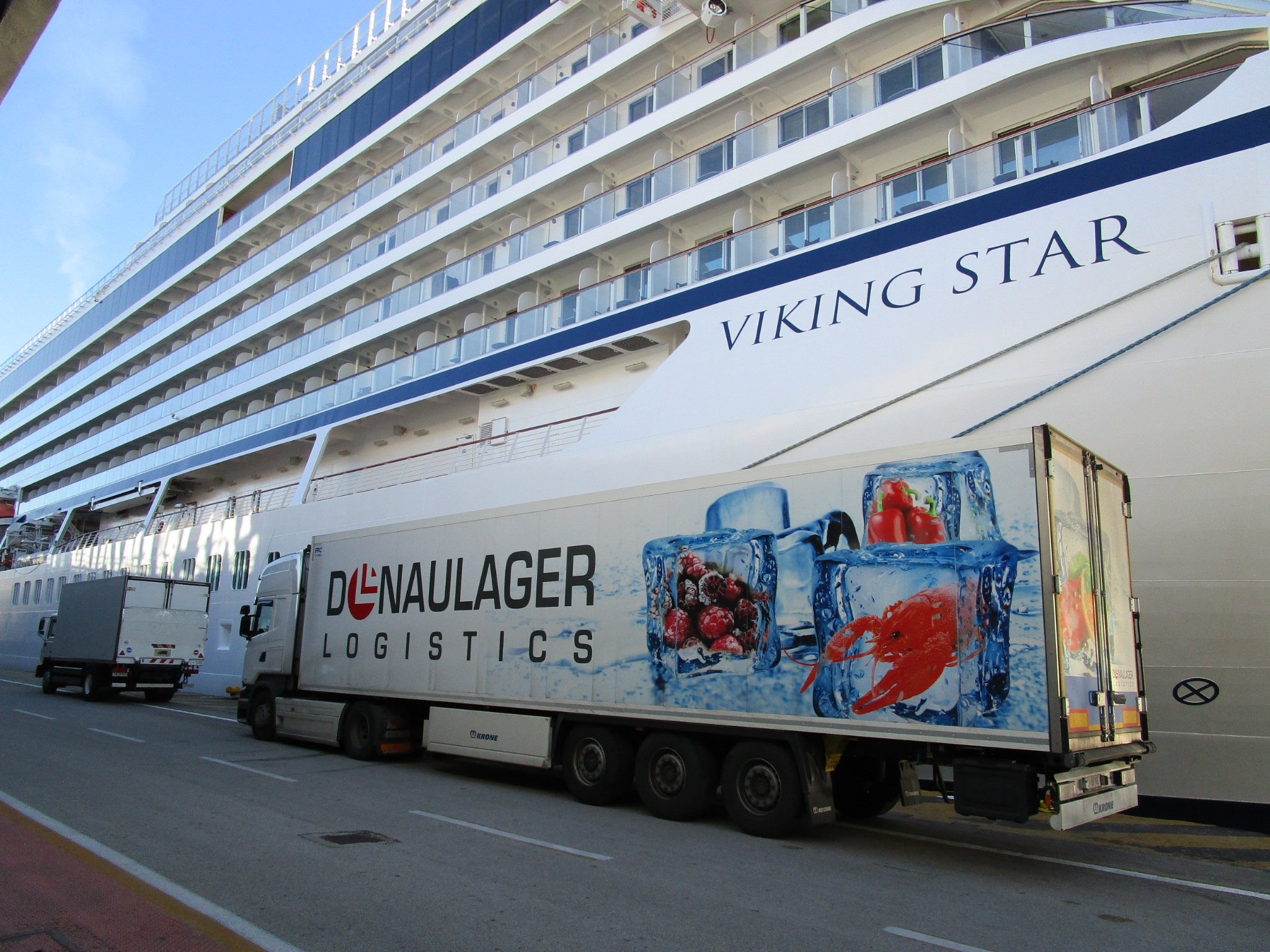 The International Refrigerated and Frozen Transport”-division of Donaulager Logistics, a company of Linz AG, has been successfully operating in a new business segment. For about one year, Mediterranean cruise ships have been supplied with food and beverages “just in time” on behalf of one of the world’s largest ship suppliers.

In April 2017, the first trip started from Hamburg to Piraeus, Greece. In addition to Piraeus, the destinations Catania in Sicily and Constanta in Romania were on the schedule. The excellent work and the 100% fulfilment rate of the Donaulager Logistics team, allowed to extend the services to Trieste, Venice and Genoa since the beginning of 2018.

Six to eight truckloads are required per delivery. Frozen foods such as ice cream, fish or shrimp, fresh produce such as meat, salad or vegetables and drinks need to be transported. A truck ride from Hamburg to Piraeus takes at least five days. The semi-trailers are equipped with GPS monitoring and a telematics system (indicates the current cooling temperature). In some cases, bulkhead trucks (for two separate cooling zones) are also used.

The goods have to before 6 o’clock in the morning. The team of the International Refrigerated and Frozen Transport Division counts seven employees, who operate 40 refrigerated vehicles in the temperature range of minus 30 to plus 30 degrees. Overall, the division handles around 5,000 journeys a year across Europe. It is planned to further expand the business with ship deliveries.

Donaulager Logistics was founded in 1954 as “Österreichische Zollfreizonen-Betriebs-AG” and has been a 100 per cent subsidiary of LINZ AG since 1998. The logistics company offers high-quality storage and is a specialist for various logistics areas such as hazardous goods or frozen storage and associated contract or transport logistics. The company currently employs around 110 people. The site at the port of Linz has a direct rail siding, three motorway exits as well as a container terminal in the immediate vicinity.