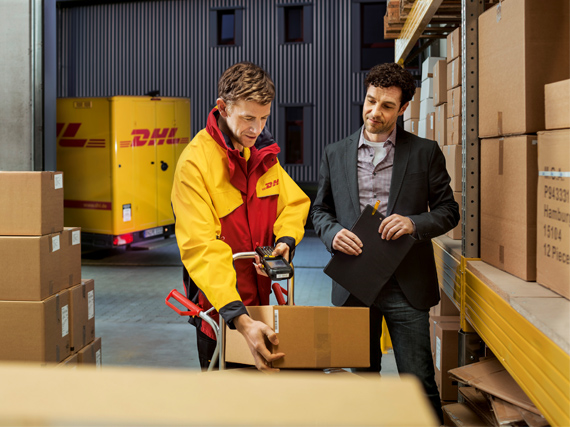 DHL Parcel Austria began operations in Austria in September of 2015 and in this short period of time has managed to establish a solid foothold in the domestic parcel market by its own account. “The way in which our business has performed has been extraordinarily positive,” said Günter Birnstingl, Managing Director of DHL Parcel Austria. “Within a year, we have been able to build up an infrastructure that allows us to successfully serve every postal code in Austria.”

One reason the company has been so successful is the dynamic development in online retailing – more and more Austrians are buying an ever greater variety of goods online. DHL Parcel made a targeted decision to focus on the needs of these e-commerce customers and parcel recipients.

Price advantages and flexibility play the most significant roles here, as reflected, for example, in the successful establishment of nationwide delivery on Saturdays and customer-oriented evening delivery to the 3.7 million households in Austria right after the market launch of the company.

In the city of Graz, the first fully automated logistics centre will begin operating this month before the location in the Cargo Centre takes over the function as primary hub for southern and southeastern Austria in the DHL parcel network. In the Liesing district of the city of Vienna, the second logistics centre is currently under construction, offering 30,000 m² of space. It will begin operations next year and take over parcel delivery for greater metropolitan Vienna and the central districts.

“Thanks to some 1,900 parcel shops across Austria we can already provide customer-friendly parcel services – whether customers need to pick up or post their parcels,” said Birnstingl. “This number is expected to surpass 2,000 by the end of the year.”

The largest partner of the parcel shops is the supermarket chain Billa. Recently, both companies agreed on an expansion of their collaboration. By the end of the year, some 400 to 500 Billa stores will also be DHL parcel shops.

DHL Parcel also plans to expand the number of its Packstations. The city of Vienna already has around 35 of the parcel systems, where customers can pick up or send parcels 24 hours a day, seven days a week. Another 15 are expected to be installed in other cities such as Graz and Linz by the end of the year.

By 2017, DHL Parcel plans to invest a three-digit million Euro amount in Austria. “Vienna and Graz will not remain the only two logistics centres in Austria,” said Birnstingl. “Given the highly dynamic e-commerce market in our country and the associated boom in volumes, we plan to further expand both our service and our infrastructure.”