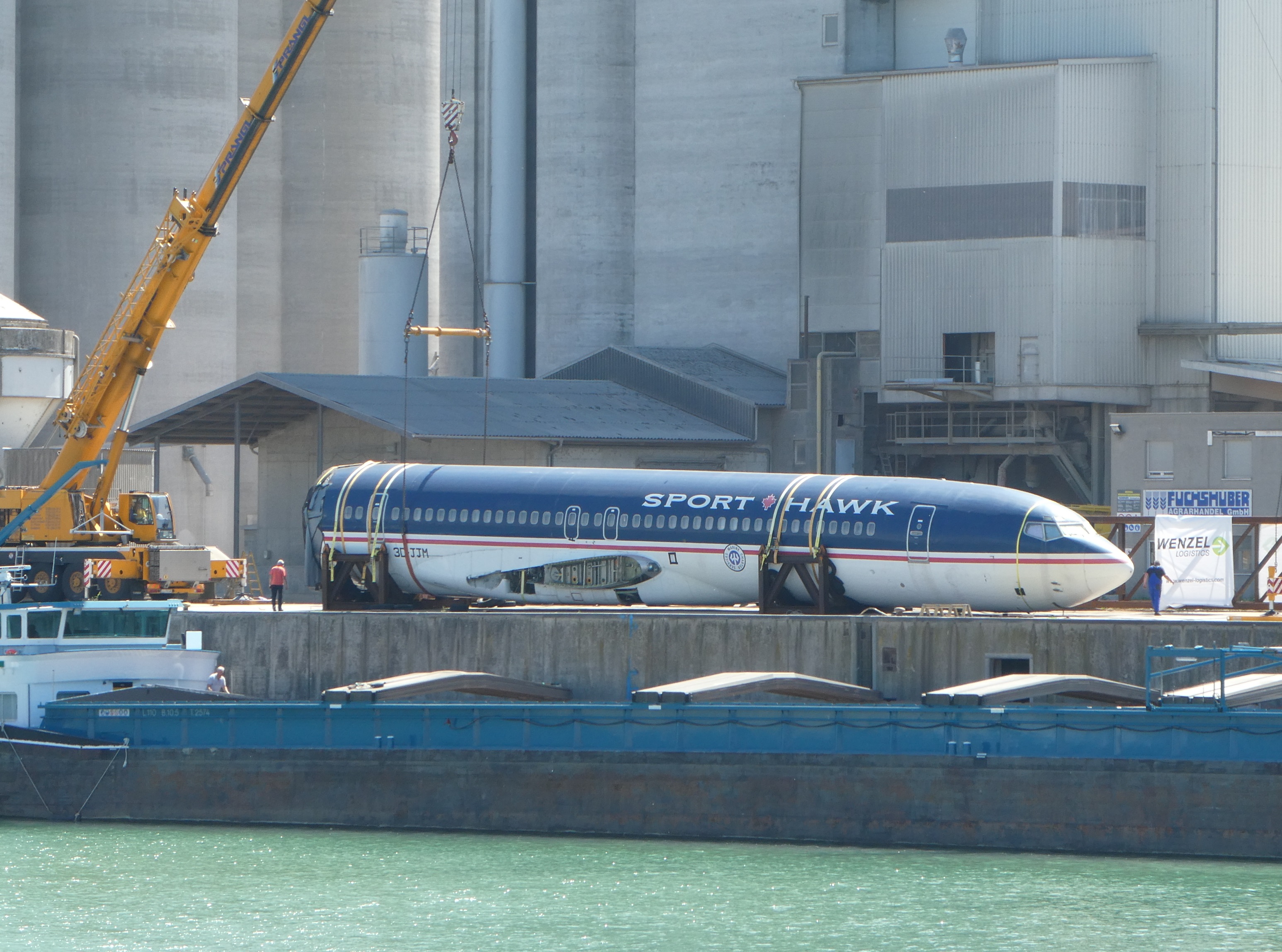 Wenzel Logistics GmbH, based in Unterpremstätten near Graz, was commissioned to organise the transport of a disused passenger aircraft from the United States to the Ennshafen. The Boeing 727 was taken over in Houston for export clearance and load securing and then loaded onto the maritime shp in four separate parts.

The largest item in the shipment was the fuselage, 33 meters long, 4.3 meters in diameter and weighing 30 tonnes, accompanied by the 10 tonne stern and the 5 tonne wings. The engine and various small parts “travel” in three sea containers to Graz.

The ocean-going vessel completed the journey from Houston to Antwerp within approximately four weeks. After the direct transhipment from the maritime vessel to the inland barge on May 18, 2018, the journey continued eight days on the Rhine-Main-Danube Canal to the Ennshafen port. This is where the import customs clearance took place, and on 28 May Prangl took over the handling of hull, tail and wings from the ship to several heavy lift trucks, as well as the onward transport to the destination in Graz.

“Thanks to the good infrastructure and direct connection to the motorway, we decided to handle this project via the Ennshafen,” emphasises Christian Hirschhofer from Wenzel Logistics. The project was carried out according to the motto “one face to the client”.

The Boeing 727 will find its last landing site together with a second aircraft, an Iljuschin IL-62M, on the roof of the “Wohlfühlhotel Novapark” in Graz. Both aircraft serve as an event location with a restaurant and cocktail bar, which will be operational in July.

“I am convinced that the investment into this extraordinary project is worthwhile. For me, a dream comes true,” Helmut Neukam, owner of Novapark Hotelbetriebs GmbH, is enthusiastic about the project.