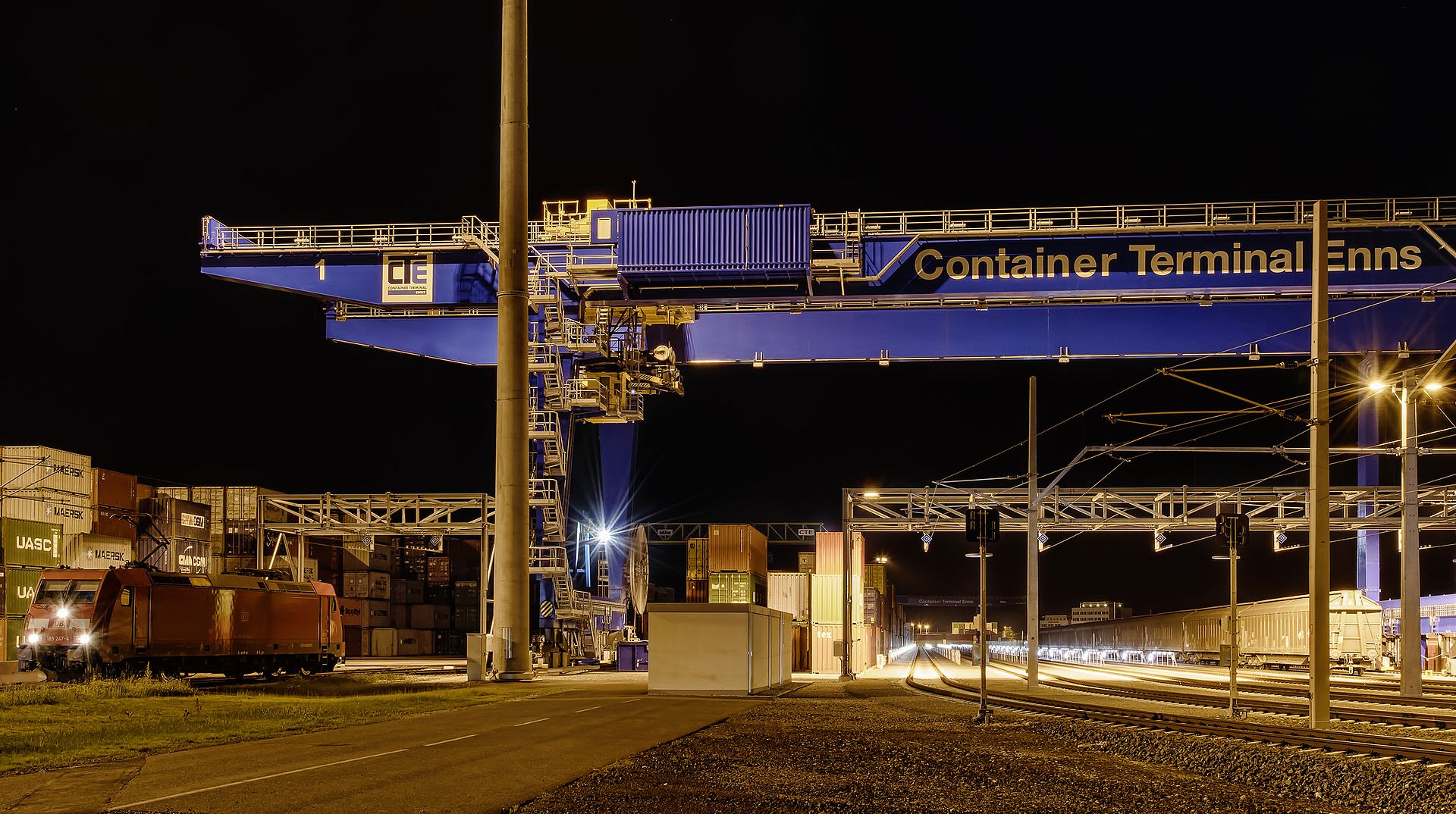 In response to the better than expected volume development, Container Terminal Enns GmbH (CTE) will launch an expansion program later this year. With financial support in the form of a grant from the Climate Fund, the trimodal transhipment facility for Unaccompanied Combined Transport in Ennshafen will be expanded by 30,000 m² to a total area of ​​around 200,000 m².

“We are building a second full container module with a capacity for around 1,000 TEU and creating additional capacity for the empty container depot,” Managing Director Otto Hawlicek recently announced at an event organised by Leitbetriebe Austria. According to him, the investment amounts to EUR 7 million and includes the installation of a fourth gantry crane, which is scheduled to be put into operation in spring 2019.

As a result of the expansion, the financial commitment of the joint venture between Kaindl Invest GmbH and DBML DB Cargo AG in Ennshafen, which has been implemented since 2014, will increase to around EUR 25 million. The terminal is targeting a throughput volume of around 350,000 TEU this year. After completion of the expansion program, the maximum capacity will be more than 400,000 TEU. Otto Hawlicek is convinced that this will continue to meet the requirements of the neutral intermodal hub for maritime traffic with origin or destination in Upper Austria, Lower Austria and parts of Styria.

At the Enns Container Terminal, the 40 employees handle more than 2,500 trains a year. According to Otto Hawlicek, the rail tranpsort goes mainly to Hamburg and Bremerhaven. But there are also regular departures to the southern ports. The block train, which starts twice a week from Enns to the Greek seaports, is a closed product of the Cosco Shipping Lines for a well-known large-capacity shipper from Austria. In general, the CTE is open to all railway companies, operators, shipping companies and logistics service providers as a link between the modes of transport: road, rail and waterway.