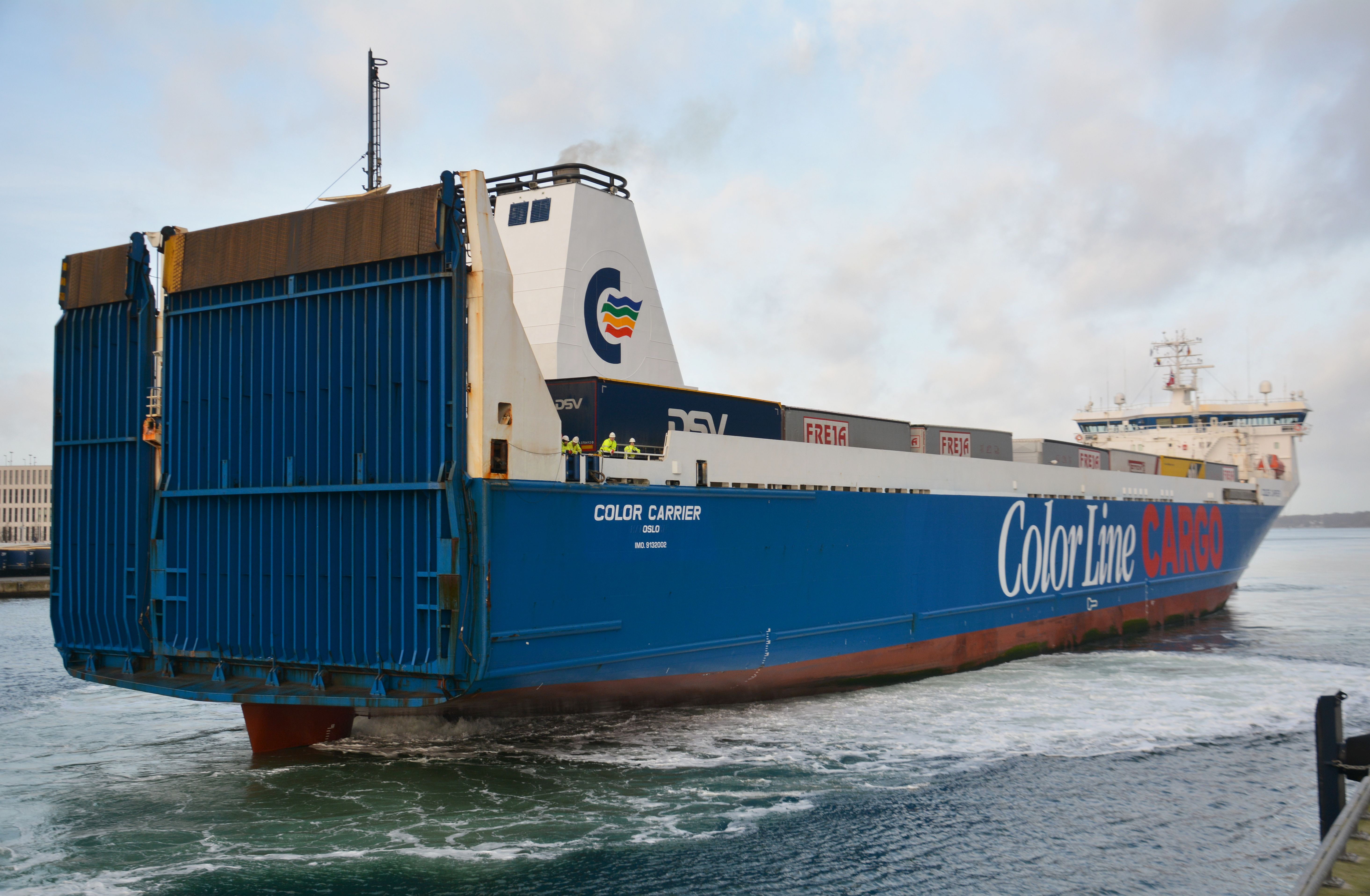 The Norwegian Color Line is continuing to expand freight traffic. Since January 11, it has also been using the freight carrier “Color Carrier” on the Kiel – Oslo route. The program includes three circuits per week, which supplement the daily departures of the large passenger ferries.

Per week and direction 10 departures are now offered on the line. The annual transport capacity on the Kiel – Oslo route will be increased by up to 36,000 freight units. Jens Broder Knudsen, managing partner of Sartori & Berger: “Color Line expands the environmentally friendly freight transport between Germany and Norway. Shifting from road to sea is a priority in both Norway and the EU. ”

The “Color Carrier” is 154.50 meters long, 22.70 meters wide and has a draft of 6.95 meters. It has a loading capacity of 1,775 lbs. All types of rolling cargo are accepted, such as trucks, trailers, containers on flats or even construction and agricultural machinery. The ship also transports automotive products, temperature-controlled cargo and classified goods in accordance with the IMDG Code. The cargo ferry was built in Norway in 1998, is 20 knots fast and has ice class.

Port of Kiel Managing Director Dirk Claus: “The freight ferry gives the port of Kiel an additional growth impetus and enables the resumption of combined cargo traffic at the Norwegian dock. The aim is to transport as much freight as possible by rail. ”

At the beginning of the year, the Norwegian dock was initially connected to the weekday shuttle train to Hamburg-Billwerder, from where all national combined transport destinations are reached overnight. In the opposite direction, cargo units arriving by train will be loaded on the same day by freight ferry to Norway.

The Norwegian dock has two berths, each equipped with hydraulic RoRo bridges. In order to be able to process and provide the additional load units smoothly, the operating area was extended some 10,000 m² some time ago and the track systems were adapted. At the same time, the handling partner of Color Line, the company Sartori & Berger, has invested EUR 1 million in new tugmasters and reachstackers.

The “Color Carrier” operates every Tuesday, Thursday and Saturday from Kiel. Departure time is always at 19 o’clock. Arrival in Oslo is the next day at 16 o’clock. The large passenger ferries “Color Magic” and “Color Fantasy” continue to operate daily at 14:00 from the Norwegian dock with arrival the following day at 10 clock in the Norwegian capital.