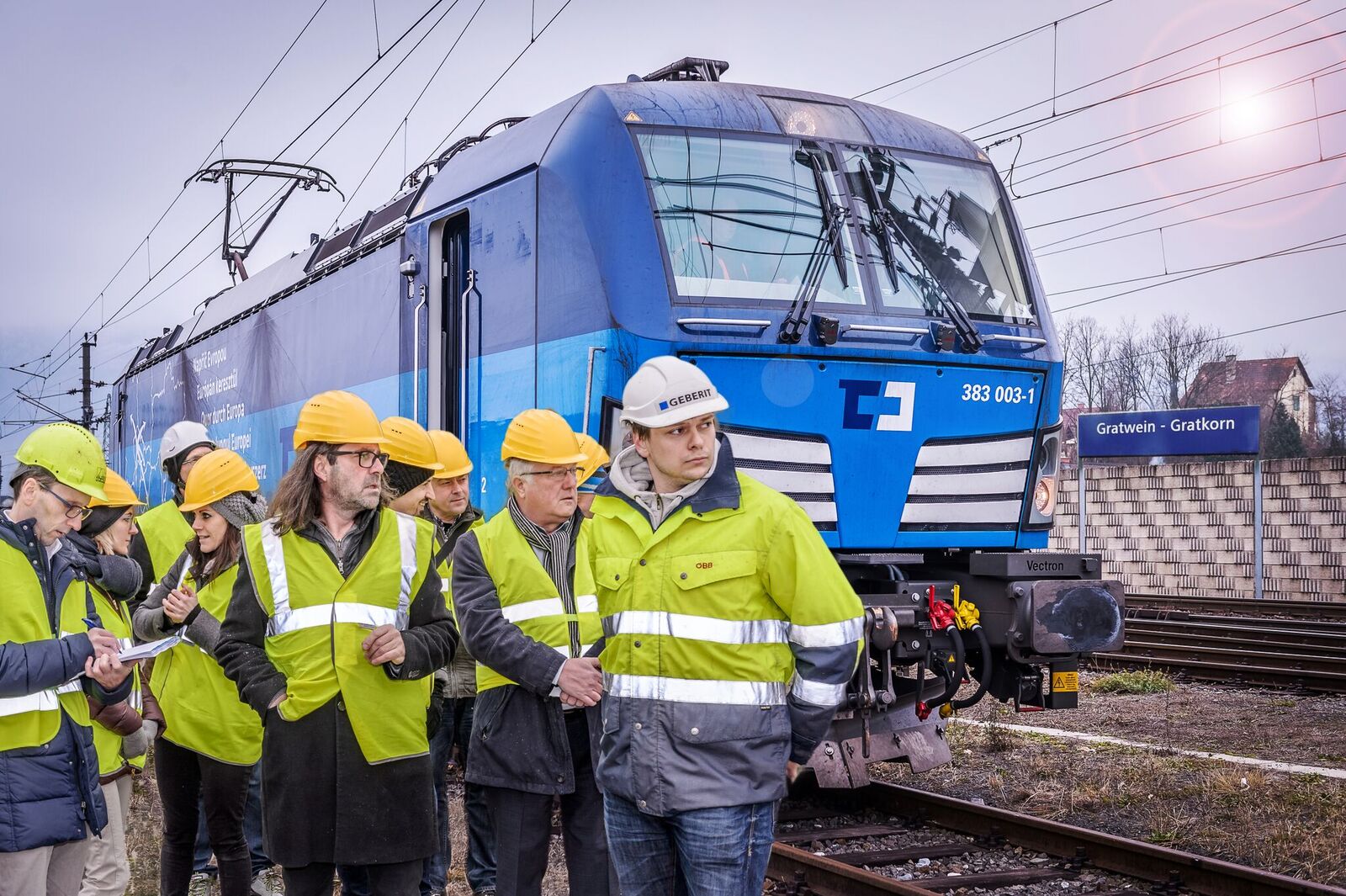 On Tuesday December 20, 2016 just before midnight, a rack of Innofreight containers wagons headed by a Vectron 383003 and loaded with bulk wood chips from the sawmill Stora Enso Wood Products in Ždírec nad Doubravou crossed the Czech-Austrian border.

The train was heading to the station Gratwein-Gratkorn in Styria, respectively to a local paper mill of the company Sappi. The Vectron took 9 hours to cover the distance of 470 km from Havlíčkův Brod to Gratwein. The wood chips were unloaded Wednesday morning, and by 3 p.m. the Vectron was on its way back to the Czech Republic. After nearly five hours it arrived in Břeclav again.

The unloading of the wood chips and the arrival of the Vectron locomotive was in also attended by representatives of major ČD Cargo customers, carrying wood and paper products. The company has also presented modern transport technology by using Innofreight, and options for the implementation of ČD Cargo shipments abroad.