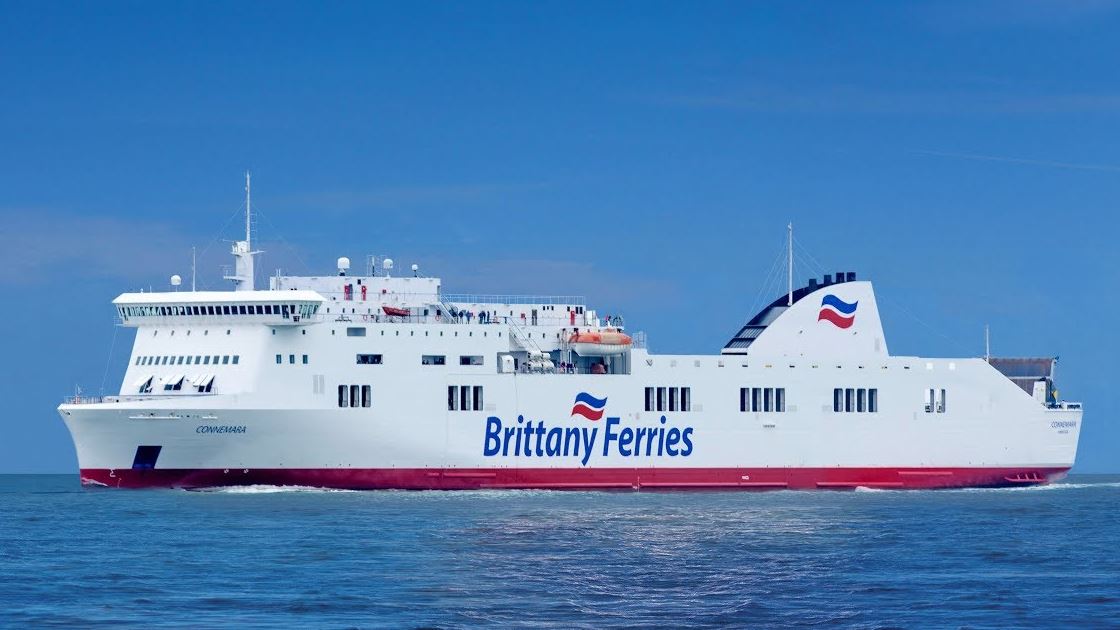 Following confirmation of the contract agreed with the Department for Transport (DfT), Brittany Ferries has outlined steps being taken to change sailing schedules for 2019. Nineteen weekly return-sailings will be added to three routes on the western channel: Roscoff to Plymouth, Cherbourg to Poole and Le Havre to Portsmouth. These additional rotations will allow more space for lorries, as requested by the Department for Transport. In total Brittany Ferries will realise a 50 per cent increase in freight capacity on the three affected routes from 29th March 2019, representing a 30 per cent increase overall  on the western Channel.

“Our priority is to prepare for a no-deal Brexit and to create additional capacity,” says Christophe Mathieu Brittany Ferries CEO. “By increasing the number of rotations on routes like Le Havre – Portsmouth we will be able to meet the Department for Transport’s Brexit requirement. We will also work hard to minimise the impact on existing Brittany Ferries freight customers and passengers, although there may be some changes to some sailing times, for which we apologise in advance.”

Brittany Ferries operates 12 ships and 11 routes, linking the UK with France, the UK with Spain, France with Ireland and Ireland with Spain. It carries around 2.5 million passengers every year, 85 percent of whom are British, as well as around 210,000 freight units.

The company was born on 2 January 1973, the day after the UK joined the EEC (forerunner to EU). The first sailing carried market garden produce grown by Breton farmers seeking new markets across the Channel. From these humble beginnings, Brittany Ferries quickly became a tour operator, adding routes linking the UK to Spain in 1978.

In the last year, the company has confirmed a EUR 450 million investment in fleet renewal. Three new ships will be delivered post-Brexit. The first vessel, called “Honfleur”, will be the first ferry powered by LNG (liquefied natural gas) to sail on the English Channel. She enters service in summer 2019 and will operate on the company’s busiest route between Portsmouth and Caen.