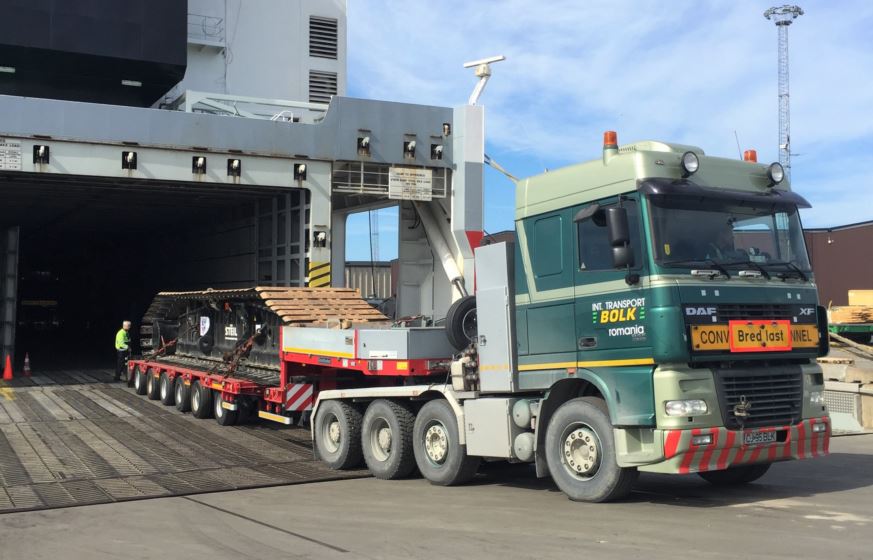 A total of 1,100 wind turbines are to be built in the next few years in Markbygden near the city of Piteå in northern Sweden. It will be one of the largest contiguous wind farms in Europe. When completed, Markbygden will deliver approximately 6.6 per cent of Sweden’s annual electricity needs.

Bolk Transport GmbH Austria, based in Attnang-Puchheim, organised the delivery of large cranes for the construction of 45 wind turbines for the current expansion stage. From mid-May to the end of June, the team headed by managing director Gerhard Wagner coordinated several complex, multimodal transports and finally spent four weeks on-site to ensure the optimal delivery sequence to the construction sites.

Several large cranes with a total freight weight of 2,600 tonnes – including two 800 tonnes of crawler cranes including accessories with unit weights of up to 65 tonnes – as well as mobile cranes in various sizes were transported from Bolk Austria to Markbygden. In total, 120 transports were required, some of which had to reach their destination from different starting points in Austria, Slovenia and Germany, perfectly synchronised over land and water.

After months of intensive planning, Michael Dauser, Bolk Austria’s project manager specialising in large cranes, was on site for four weeks. He coordinated all processes and the participating logistics partners in such a way that an ideal delivery order was ensured for the respective construction sites in the wind farm.

Bolk BV Netherlands was responsible for the logistics of wind turbine components. “The perfect teamwork within the group of companies enabled us to optimally use capacities and to coordinate the timing ideally for all crane and plant components,” Bolk Transport GmbH Austria states in a press release.