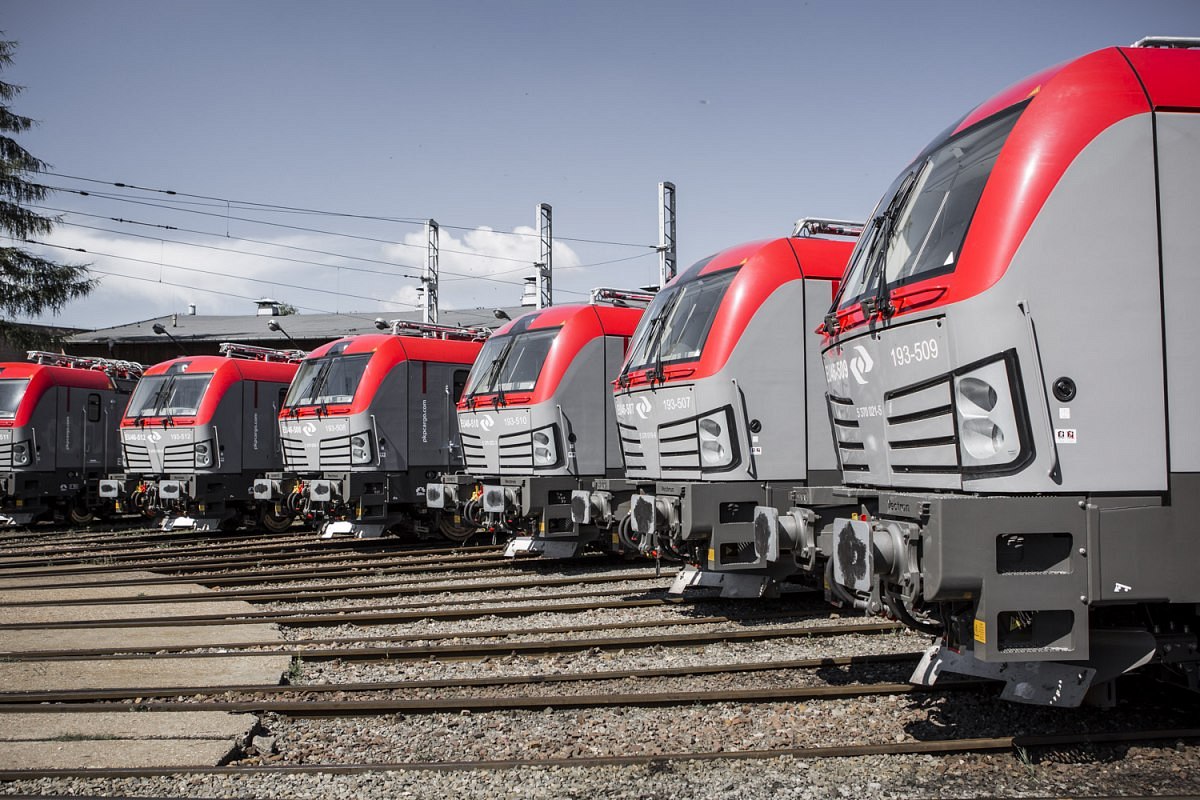 Advanced World Transport (AWT), member of the PKP Cargo Group, has signed a contract for lease of three multisystem locomotives Siemens Vectron A17. The international rail transport company is adding the machines to its fleet of seven multisystem locomotives, which are used for transport in Europe, and thus helps to implement the development strategy of the parent Group PKP Cargo. The locomotives are going to be handed over to AWT in the middle of the year.

The AWT Group currently three Siemens ES64U4, three Siemens ES64F4 and from the beginning of last year two Bombardier Traxx F140MS locomotives, which are used mainly for international transport At the same time it also uses multisystem locomotives from its parent company PKP Cargo for its domestic as well as international transport within the framework of synergy and cooperation.

New modern Vectrons are designed for freight transport, their power is 6.4 MW, maximum speed 160 km/h and they will have certification for operation in the Czech Republic, Slovakia, Poland, Austria, Germany, Hungary, Slovenia and Croatia.

“By purchasing the new Vectrons we implement a long-term strategy of the PKP Cargo Group to become number one in railway freight transport in the Three Seas countries. We are going to use the new machines above all in the north-south corridor, on which we want to focus in the future. Also, using the latest machinery, we can provide our clients with even faster and more complex services,” says Maciej Walczyk, Chairman of the Board of Directors of AWT.

In September 2015, PKP Cargo bought 15 Vectron MS locomotives with the right to buy another five vehicles. In January this year the company decided to use this extended opportunity and in the middle of the year the fleet will increase by another five multisystem locomotives.

“Modernization of the whole fleet is an essential part of our strategy and with the new locomotives we are increasing our competitive strength and we can flexibly respond to market and customers’ demand,” adds Maciej Walczyk.