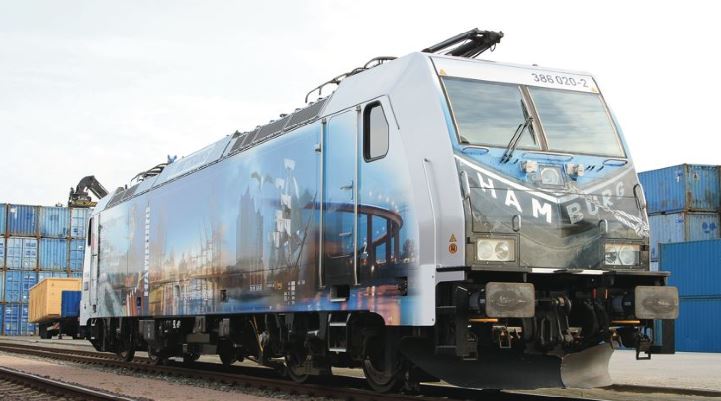 The custom design for the anniversary locomotive was presented at a port railway festival on 16 September. The Austrian artist Gudrun Geiblinger designed a custom locomotive to celebrate the 150th anniversary of the Hamburg port railway. The HHLA rail subsidiary Metrans made a TRAXX multi-system locomotive available for this project. The front is reminiscent of a ship’s bow, while iconic images of Hamburg decorate the two long sides, including, for example, container gantry cranes, the Speicherstadt historical warehouse district, Hans Albers and the Köhlbrand Bridge.

Geiblinger’s images have been put on display on the silver Metrans locomotive. Since then, the locomotive was running on schedule and leading trains between Hamburg and the Metrans inland terminals. Roco, the Austrian manufacturer of model trains, commissioned the anniversary design. They are producing an H0 model train version of the custom locomotive design for the 150th anniversary of Hamburg’s port railway. The Metrans model locomotive will be available in speciality stores by the end of November.