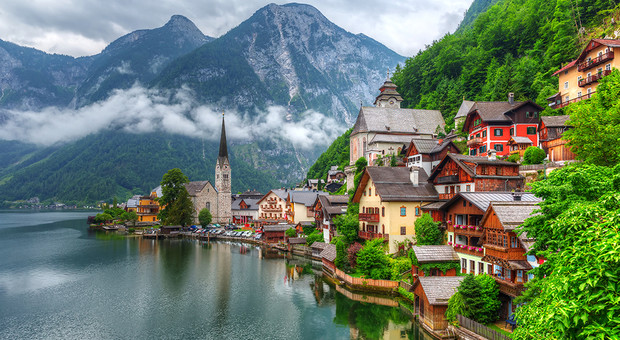 The Global Competitiveness Report 2015-16 which has just been published by the World Economic Forum (WEF) ranks the competitive ability in 140 countries. The indicators especially look at long-term structural influences which explains why the top positions basically remained the same: Switzerland comes in first and is followed by Singapore and the USA. Germany advances to rank 4, the Netherlands are fifth. After structural reforms in the last couple of years, Italy was among the European countries which showed an improvement.
Austria lost two ranks and now comes in behind France and Australia and holds position 23. The decisive factor were not the results of the manager interviews but the macro-economic indicators collected by the WEF. In accordance with slow economic growth in the last couple of years market growth was at a low.
New federal debts caused by the liquidation of the Hypo Group Alpe Adria AG were a main factor for the negative development. Austria also dropped behind regarding indicators looking at information- and communication technology, especially usage of international broadband connections as well as mobile broadband market penetration.
The index acknowledges the positive developments in the Austrian innovation system. The manager interviews especially reflect improvements in the availability of qualified staff in research and technology. With rank 37 this indicator is still viewed critically. The situation is much more positive when looking at the innovation capacity of the companies themselves which holds rank eight.
The assessment of the efficiency of the labour market is contradictory. With rank 40 Austria performs especially badly in this area. Besides high ancillary wage costs the WEF takes a critical look at the system of wage negotiations. However this sub-index shows the largest improvements compared to last year and the collaboration between the social partners with regard to labour relations was emphasized.
All in all the Global Competitiveness report reflects the current atmospheric picture which has deteriorated since the last year even though at a slower rate. It is a warning for the economic policy, after year of crisis management, to pay attention to structural questions of competitiveness and location quality.
Austria needs to return to a pioneer strategy in the areas research and environment, which will compensate for failures with regard to educational reforms and preschool-education, improve the efficiency of the public sector and which will sustainably reduce labour-related taxes. These are the prerequisites to not only maintain the high standard of living in Austria but also develop it further for the future”, the WIFO writes in a report.
www.weforum.org/gcr  www.wifo.co.at