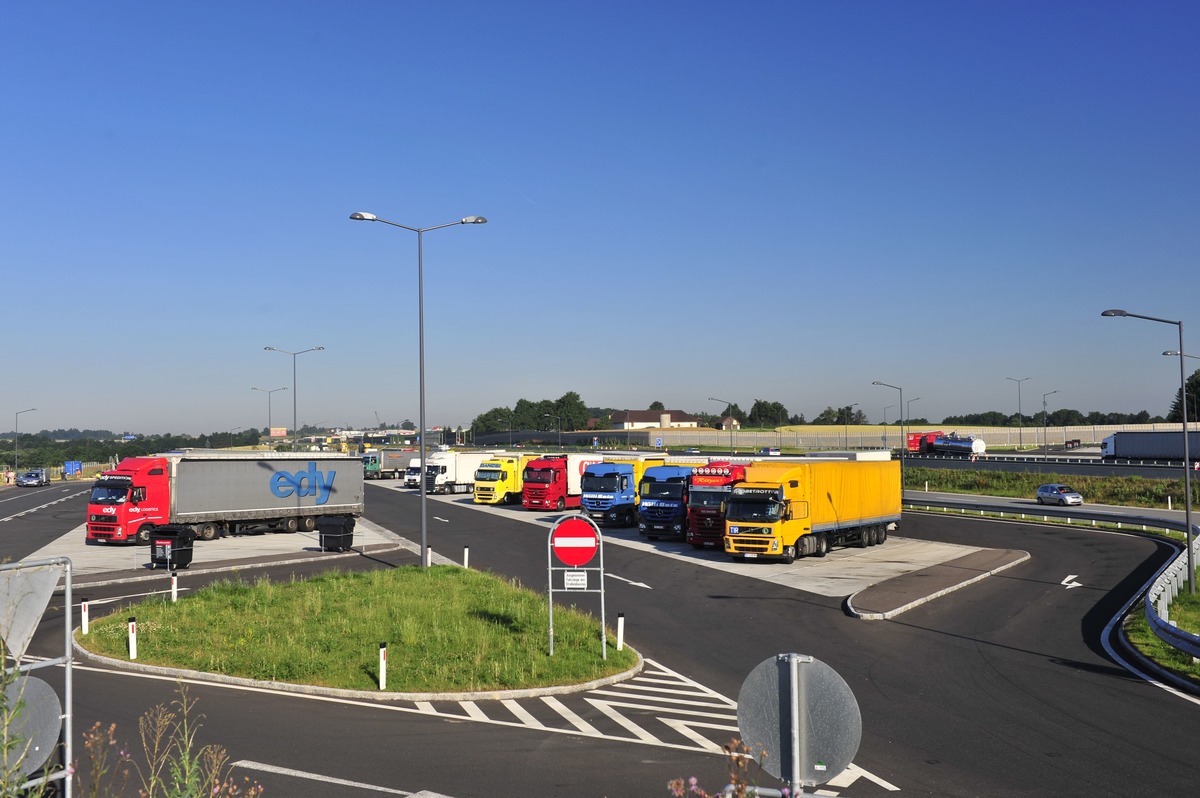 In order to ensure that legally compliant rest periods are met by heavy traffic, there are currently more than 7,000 truck parking spaces available in Austria. This year, 400 new ones will be added. Almost half of them are created in the Greater Vienna area alone.

But also important traffic routes like the A 1 West, A 2 South, A 4 East as well as the A 12 Inntal and A 13 Brenner Autobahn (highway) are equipped with the most modern parking spaces. This was announced by Gabriele Csoklich, interim director of Asfinag since February, at a press conference in Vienna.

Asfinag also ensures that truck drivers can find free parking spaces quickly and reliably – with the expansion of the parking space information throughout Austria. 58 new LED displays go into operation in April. For the parking lot observation, 130 digital cameras were installed on more than 30 truck parking spaces. The new cameras are also available as webcams on the Asfinag homepage and in the Asfinag on-road APP.

In 2019, Asfinag will invest around EUR 1.2 billion in the Austrian motorways and expressway network. Around EUR 700 million will flow into new routes, second tunnels and large extensions for more capacity. EUR 500 million go into the renovation of existing roads and tunnels. The current six-year plan foresees around EUR 8 billion in investment for Austria as a business location by 2024.

“Asfinag’s investments secure 10,000 jobs, and newly created infrastructures and associated business settlements will also create new ones. In addition, the expansion of motorways and expressways will make the transport network increasingly safer,” emphasized Transport Minister Norbert Hofer during a press conference in Vienna.