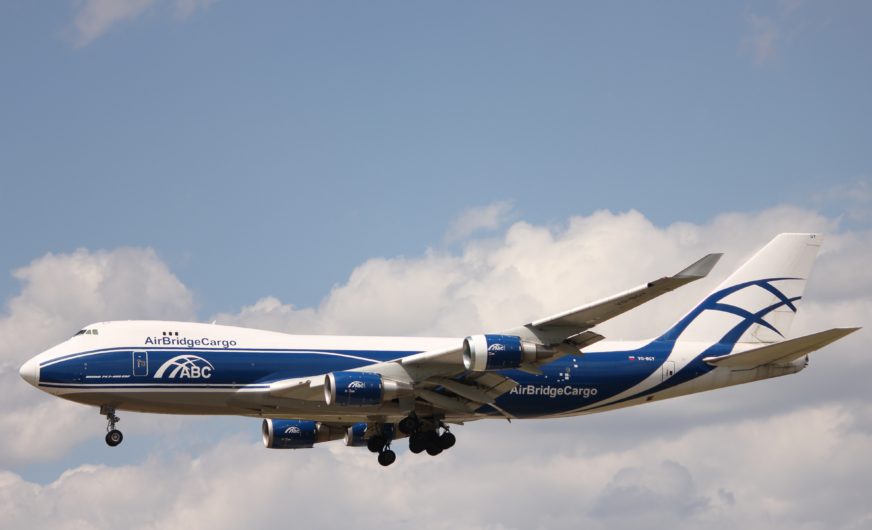 AirBridgeCargo achieves milestone in Frankfurt
With 24 flights a week from this month, Frankfurt Airport will account for AirBridgeCargo’s largest volume of online flights outside of its hub in Moscow
AirBridgeCargo Airlines (ABC), part of Volga-Dnepr Group and one of the fastest-growing international cargo carriers, has surpassed the 100 flights in-a-month milestone from Frankfurt Airport for the first time in November.
To support increased demand for the airline’s services ex Frankfurt we introduced several additional charters last month. Frankfurt is one of the main gateways for ABC in Europe and we will grow our presence here by continuing to increase the number of available frequencies we offer, and by giving our customers an enhanced choice of reliable point-to-point air cargo services across AirBridgeCargo’s international route network,” said Andrey Andreev, ABC’s Sales Director Europe and General Manager in Frankfurt.
In addition to Frankfurt, ABC provides its customers with Boeing 747F services to Leipzig and Munich as well as B737 operations to Munich and Cologne, with onward connections to the major gateways in Asia Pacific served by the airline. AirBridgeCargo is now the fourth largest cargo airline in Germany by volume. In the first 10 months of 2015, the airline carried 132,433 tonnes to/from Germany, a 22% rise year-on-year.
Last year, to meet rising demand for ABC’s transportation services from the USA to Germany, ABC launched direct routes from Chicago and Dallas to Frankfurt. In 2015, its service offering for customers in Germany has increased further with the launch of Atlanta as its latest online station in the United States.
www.airbridgecargo.com