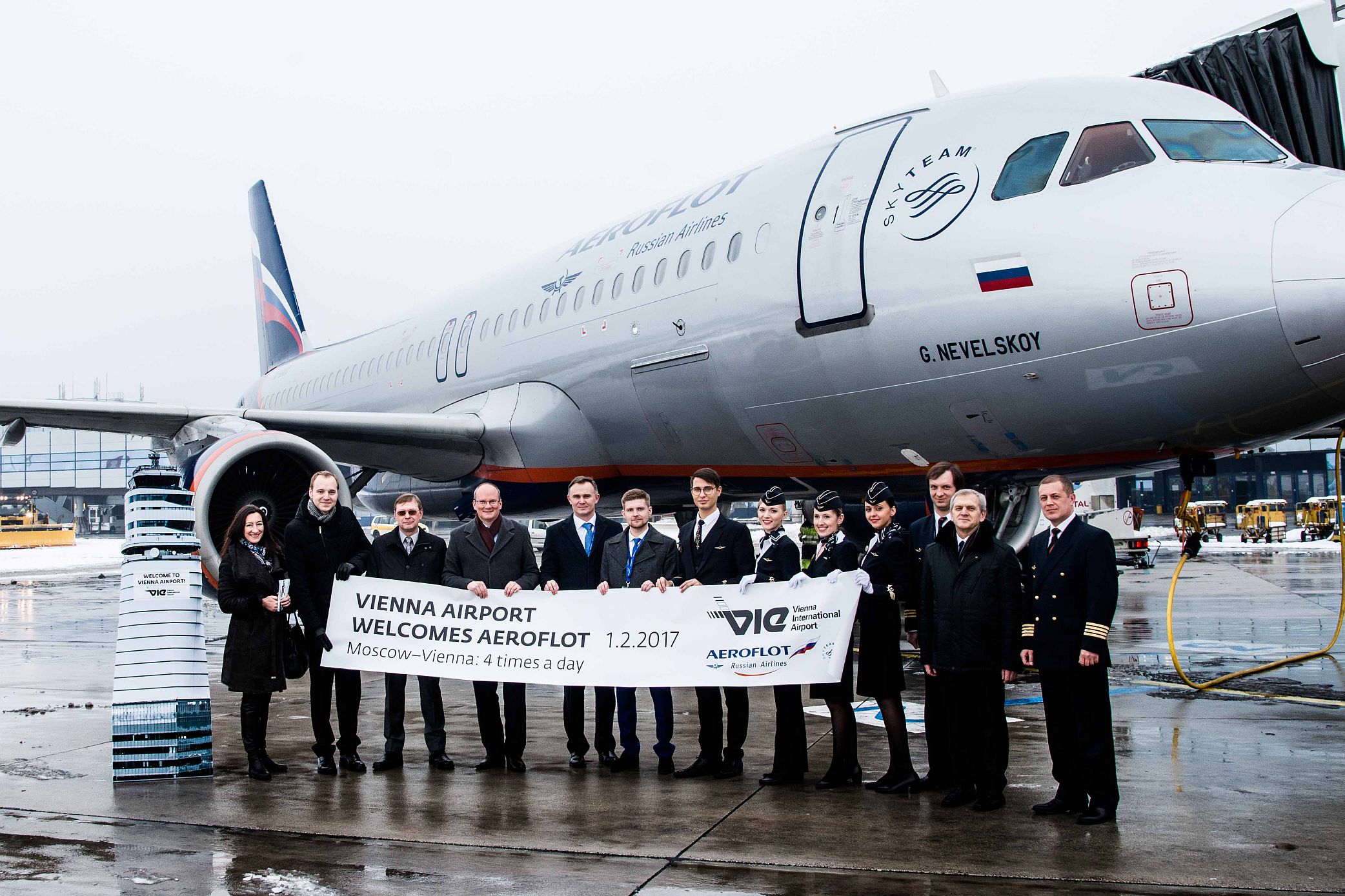 Starting on February 1, 2017, Aeroflot provides a fourth daily flight between Vienna and the Russian capital of Moscow. Thanks to this increase, the Russian airline will offer 28 weekly flights on the Vienna-Moscow Sheremetyevo route.

The expanded route was officially opened with a photo session featuring Director Vadim N. Kolomychenko of Aeroflot, Igor Nikitin of the Russian Embassy of Austria, Ekaterina Kohlhauser of the Russian tourism office VisitRussia and Julian Jäger, Member of the Management Board of Flughafen Wien AG.

“With this additional route, the number of weekly flight connections from Vienna to Russia rises to 69, showing that the travel destination of Russia is recovering. The increased frequencies send a strong signal. That is why I expect considerable growth in passenger volumes to Moscow in 2017”, says Julian Jäger, Member of the Management Board of Flughafen Wien AG, in commenting on the expanded flight service. The Russian airline is a longstanding partner of Vienna Airport, and has been offering flights to Vienna for more than 60 years.

Aeroflot was founded in 1923, and is thus one of the longest established airlines in the global aviation industry. At present the group operates 268 aircraft. The average age of the fleet is 4.3 years. The new fourth daily service between Vienna and Moscow will feature an Airbus A320.