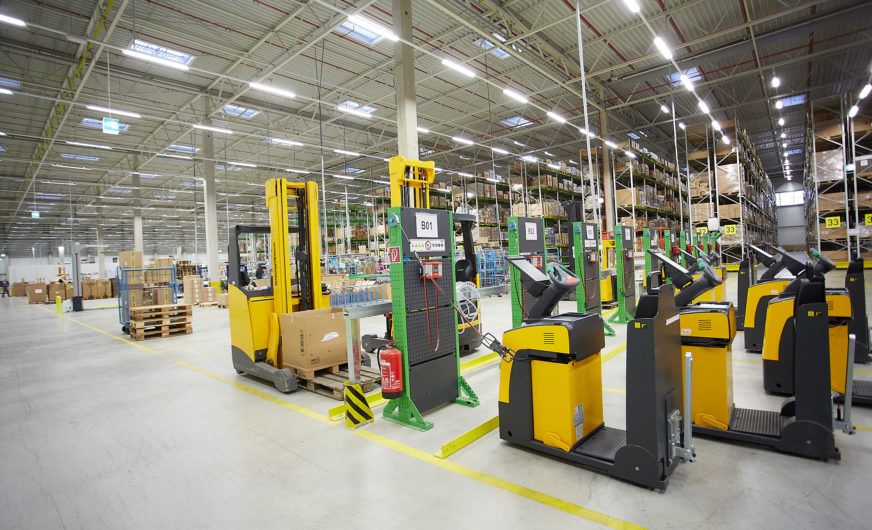 About 150 employees will supply customers throughout Austria from the new, leased A1 warehouse in Hagenbrunn. During the past weeks they moved to the new central logistics facility of the telecommunications provider. The municipality of Hagenbrunn in the district of Korneuburg, Lower Austria replaces several other warehouses – including the location at Perfektastraße in Vienna – as a central logistics location for A1.
We are pleased A1 has selected Hagenbrunn: companies of this dimension strengthen the region in the north of Vienna and confirm the attractiveness of commercial areas in the surroundings of large cities“, Michael Oberschil, Major of Hagenbrunn, said at the official opening ceremony on 17 November 2015.
The combination of cost-effectiveness, its proximity to Vienna, excellent transport links and the existing infrastructure in the area, such as the G3 mall makes Hagenbrunn an ideal location for our new nationwide logistics centre,” Sonja Wallner, CFO A1 summed up the criteria for the newly constructed site, which is rented by A1.
The new location allows optimal pick-up and delivery and a modern storage of telecommunication equipment. The warehouse will be used to store goods for private and commercial use, as well as for the expansion of the A1 network, such as pylons or antennae.
Facts & Figures
•About 150 employees
•60,000 m² total area
•18,000 m² hall
•35,000 m² open warehouse
•about 4,000 shipments per day
•Dietersdorfer Straße 13, 2201 Hagenbrunn, district of Korneuburg (Lower Austria)
www.a1.net