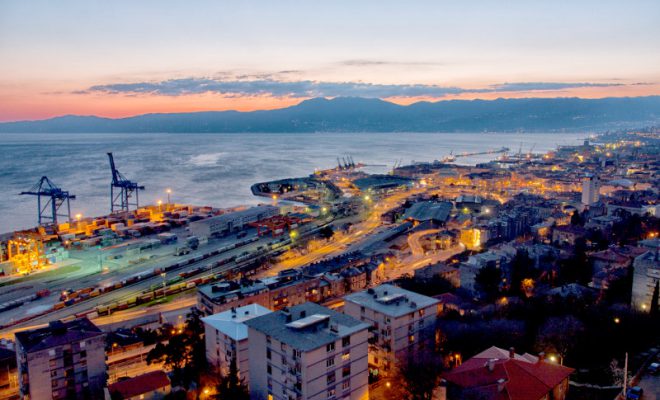 On March 18th, 1719, the Habsburg Emperor Charles the VI. proclaimed Rijeka and Trieste free royal ports in order to break the Venetian dominance over navigation in the Adriatic Sea.  In the Chart of the Emperor Charles VI. all traders were allowed free arrival, staying and departuring from the port of Rijeka, which determined the future of the city. Rijeka´s maritime industry began its expanding development, followed by strong growth of trade and fast urbanization, continuing to develop as the port city.

This important jubilee will be marked this week with various cultural events and ceremonies organized by eminent international historian and scientific community, and local government  including Port of Rijeka Authority. The jubilee has been commenced with the Ceremonial Academy on March 18th in the Maritime and Historical Museum of the Croatian Littoral in Rijeka.

Denis Vukopera, Executive Director Port of Rijka Authority: “Three hundred years ago, the power of the port of Rijeka largely depended on investment in the port and traffic infrastructure along the Rijeka Traffic Route, and the same situation has remained until today. At present, the port has reached the final phase of the largest capital project of the Rijeka Port Authority. I am referring to the Rijeka Gateway project funded by the World Bank loan that totalled EUR 186.6 million.”

This year in May, Rijeka Port Authority is finalising the construction of the new Zagreb Deep Sea container terminal. Immediately, after receiving consent by the Government of the Republic of Croatia in February, they announced an international tender for the selection of concessionaires at the beginning of this month (March 3rd).

„It is my pleasure to say that a considerable interest has been expressed by the well-known terminal operators and leaders in the container business in Europe, the Middle East and the Far East for the concessioning of Zagreb Deep Sea container terminal. The signing of a contract with the new concessionaire is planned to take place in the last quarter of 2019, and I believe that we will gain a world-known company upon completion of the process at the Zagreb Deep Sea Container Terminal,“ adds Denis Vukopera.