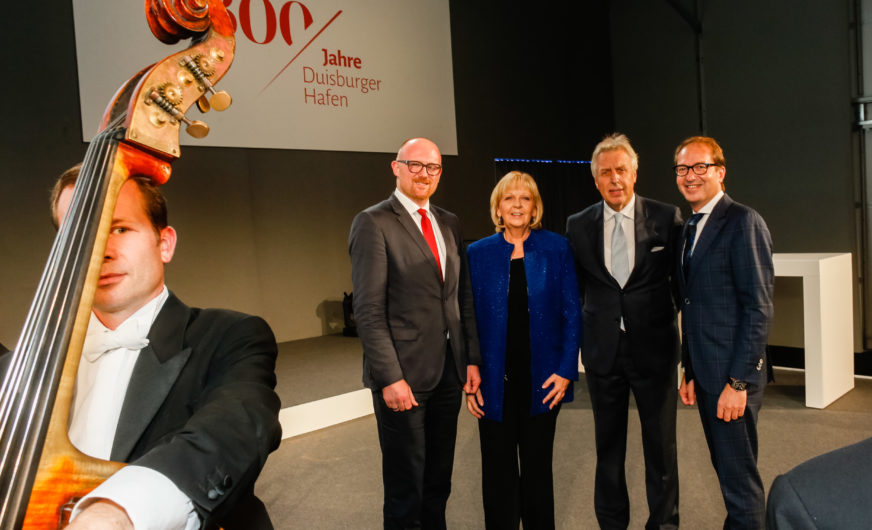 In his welcoming address, CEO Erich Staake reminded the guests that the port of Duisburg has often been a trend-setter during its history: flexible, adaptable and often prescient: “Even the first dock for coal vessels demonstrated the visionary outlook of the time. After all, industrial mining was still in its infancy in 1716.” Similarly, Duisburg also “made itself fit for container handling long before other competitors” in the last century.

At this time, the ports in Duisburg handle almost 130 million tonnes of goods. More than 3.5 million TEUs are moved in containers – the highest container rate of all global inland ports. The port of Duisburg has become a job engine for the entire region, with a current employment effect of 45,000 regular workplaces. Three hundred companies around the port generate half a billion euros in added value every year. From Duisburg, 20,000 vessels and 20,000 trains travel to more than 80 national and international destinations; to sea ports, the European hinterland and into the Asian region all the way to China.

Federal Transportation Minister Alexander Dobrindt: “300 years of the Port of Duisburg – these are 300 colorful years, and what’s more haunting story of growth, prosperity and work for our country. The Port of Duisburg has decisively influenced Germany’s story of economic success and become a vibrant market place in the center of Europe. Germany is world export and logistics champion – this success would not be possible without the Port of Duisburg.”