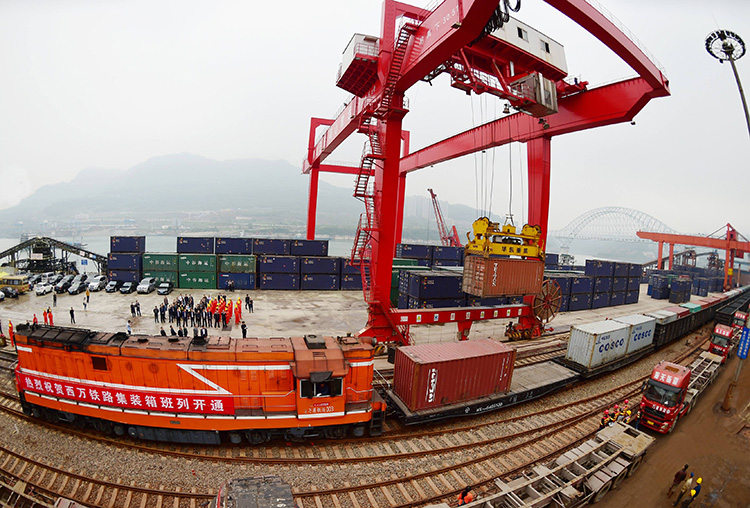 The EU Commission’s Federica Mogherini, EU foreign policy chief, and Transport Commissioner Violeta Bulc presented a joint strategy proposal titled “Connecting Europe and Asia – elements for an EU strategy”, which for the first time reveals a European position on the Silk Road. The proposal is aimed to join transport, data and energy networks as well as education and cultural sectors on both continents on the basis of EU environmental and social standards and internationally recognised rules.

In the transport sector, the networking of the Trans-European Transport Network (TEN-T) with the Asian networks is encouraged in particular. However, the planned extension of the broad-gauge railway from Slovakia to Vienna is not mentioned in any way. This project would make Austria the central logistics hub in Central and Eastern Europe, with all the associated advantages for the business location.

Wolfram Senger-Weiss, President of the Austrian Transport and Logistics Association: “It was about time and very gratifying that the European Union is taking on the Silk Road project. But that’s just a first step. Now the topic has to be carried swiftly to the Member States. In particular, the Austrian government has to make sure that trade flows and added value do not flow past Austria.”

The Central Association Forwarding & Logistics has repeatedly called for a European and an Austrian strategy for the Silk Road project. The key objective was to extend the broad gauge railway from Slovakia to Austria, create a logistics center in the metropolitan area of ​​Vienna-Lower Austria-Burgenland, and better connections to important southern ports. This way the potential of this extraordinary economic project, boosted by China’s investment of an estimated USD 1.3 trillion, could be exploited.

The current proposal of the EU Commission will be dealt with in the next step by the European Parliament and the Foreign Ministers of the Member States. It will also be presented to the representatives of the Asian countries at the Asia-Europe meeting in Brussels on the 18th and 19th of October.