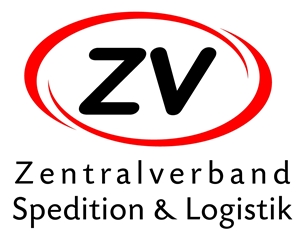 Taking place on 27 November in the voestalpine guest house in Linz, the general meeting of the Austrian forwarding and logistics association Zentralverband Spedition & Logistik (ZV) was dedicated to the competitiveness of Austria as a location for logistics. In addition to the national representation of the international logistics umbrella association FIATA, the independent interest group also became a member of the European interest group CLECAT this year.
“Eighty per cent of law that is applied in Austria, originates in Brussels. In order to be able to represent domestic interests also within the EU in Brussels, the Zentralverband has decided in 2015 to become active within the European logistics stakeholder CLECAT,” Oliver Wagner, Managing Director of the ZV association, said during his annual report at the general meeting. This membership has already paid off this year, as a series of issues concerning Austria could be lobbied specifically.
In addition, in 2015, the ZV association emphasised the improvement and strategic positioning of Austria as a logistics location. The focus was on starting and intensifying activities in the logistics working group, a stakeholder’s platform under the auspices of the Ministry of Infrastructure, aimed at further developing Austria as a logistics centre.
DI Franz Schwammenhöfer, Logistics Officer in the Ministry of Transport (bmvit) attended the general meeting as a guest speaker. His keynote speech, followed by a discussion was dedicated to “Logistics Made in Austria”. He outlined the areas of responsibility of the logistics officer and the newly established logistics working group within the bmvit.
At the award ceremony of the “Young forwarder 2015”, three submitted proposals were judged by an independent jury and ranked 1st ex aequo. The content of all three works was dedicated to e-business solutions, to simplify and speed up forwarding processes. Sandra Schulz, Quehenberger Logistics GmbH, dedicated her submission to “Virtual File Processing”. Tim Wäger, Gebrüder Weiss GmbH, analyzed the simplification of everyday freight forwarding by implementing a multifunctional app. Alexander Wolf, also Gebrüder Weiss GmbH, generated a “Document Uploader” and hence relevant benefits for the freight forwarding industry.
Besides working as an independent interest group, the ZV association is also open to forwarding-affine companies in the form of an sponsoring membership, in which they can specifically market their expertise in the sense of high-quality communication services and industry contacts. From 2016, the sponsoring membership will also be open to companies from abroad.
www.spediteure-logistik.at