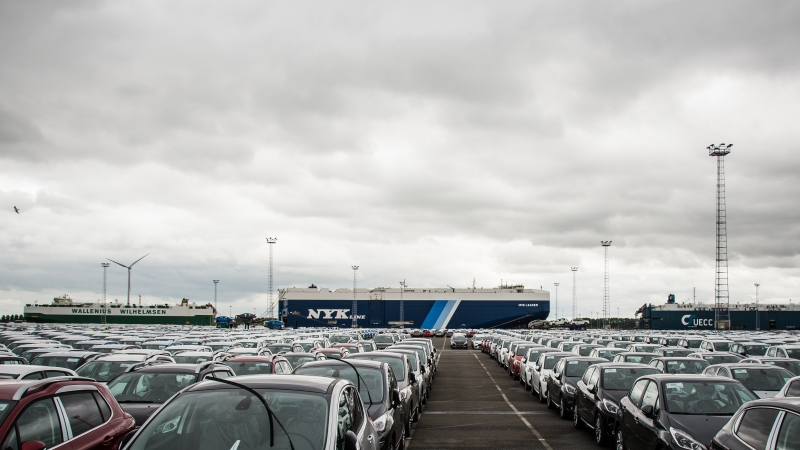 The need for the expansion of the automotive sector in Zeebrugge became clear when the port authority made 58 hectares of new ground available to port clients. “The demand for expansion from our current operators was of that proportion that we needed twice the surface to answer to their needs,” says Joachim Coens, CEO Port of Zeebrugge

In the short term, 28 hectares in the southwestern corner of the Southern Canal Dock will be ready for use. A 400 meter long quay wall for this area is under construction since October 2015.

58 hectares on the left bank of the Southern Canal Dock will be prepared for usage and a new quay wall of 1,070 meters will be constructed. Furthermore, a surface of 70 hectares at the Boudewijn Canal can be prepared and appointed to a port client, where also 1,130 meter quay wall will be built to allow the mooring of sea vessels.

In Zeebrugge, eight vehicle terminals with 390 hectares are currently operated by five terminal operators. There are six pre-delivery and inspection centres and there are 140,000 parking spaces. Last year’s record volume of 2.43 million units will probably be surpassed with nearly 20 per cent, amounting up to an overturn of 2.8 million vehicles in 2016.

The port expects to reach a turnover of 3.4 million vehicles by 2020, when the new grounds will be in use for Zeebrugge’s continuously growing automotive sector.