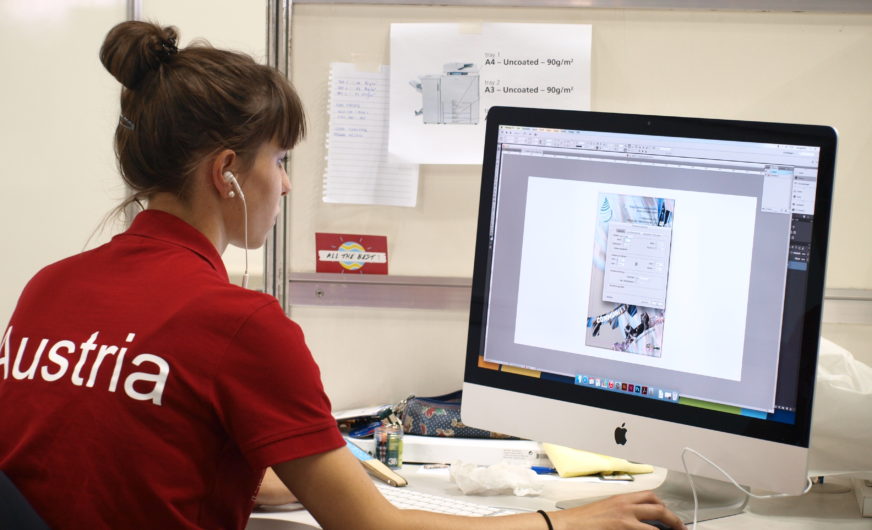 State Championships – European Championships – World Championships – apart from domestic elite athletes, also the best Austrian forwarding apprentice is going this way: Sarah Ruckenstuhl (DHL Freight) from Styria, who has already proved her skills in 2015 in the course of the “Austria Skills, is to compete for Austria at the next Vocational Championship in Abu Dhabi in 2017.

The formal conditions are now fulfilled: The Association of Forwarding and Logistics of the Austrian Chamber of Commerce has held the first national championship for young forwarding agents as part of the “Austria Skills” in 2015. This competition now gives access to the 2017 World Skills. This is a first, because so far no commercial professions were represented in the “WorldSkills”. Austria will compete is the profession of forwarding agent against Spain, Hungary, Russia, Singapore and Zambia.

“The apprenticeship graduates of our industry are top qualified, they can prove in an international competition. Being also the first from the commercial professions, we see this as a special award for our industry,” says Alfred Schneckenreither, Chairman of the Transport Division of the Commercial Chamber.

“I am proud that after the Austria Skills we are now also participating in the World Skills for the first time, and have thus set a milestone for our professional image,” adds Guggi Deiser, Head of the division’s working group for training, who is considerably involved in the organisation.

Gabriela Lugmayr (DB Schenker) is responsible for mentoring and coaching of the young forwarding agents, and was nominated as an expert for the World Skills.