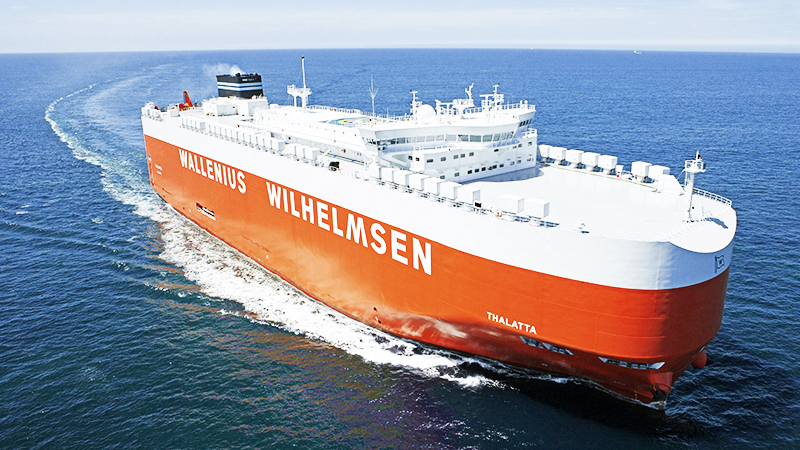 Wallenius Wilhelmsen Logistics (WWL) is increasing frequency and capacity on its service on the Atlantic Ocean. Starting in January 2016, it will offer a regular, weekly service from key ports in Europe to the U.S. West Coast.

Until now, WWL offered a fortnightly service from Europe to the U.S. West Coast. The two additional sailings per month also strengthen WWL’s market-leading connectivity between Europe and Baltimore, and boost transshipment opportunities to Latin America, the Caribbean and Asia via its port hub in Manzanillo, Panama.

“Doubling the frequency and capacity for its Europe to U.S. West Coast service allows WWL to lead the market—by offering an unmatched frequency and reliability to effectively accommodate the growing needs of heavy equipment and breakbulk shippers and, in particular, demand by car manufacturers,” says Flavio Batista, EVP and Head of Commercial for EMEA at Wallenius Wilhelmsen Logistics.

WWL will deploy its latest generation vessels on this route, which represent the largest modern RoRo ships in the world and can accommodate cargo in excess of 200 tonnes. Once the new locks debut on the Panama Canal, WWL will introduce the Post-Panamax HERO class of vessels to the Americas trade markets.

Port calls for the full route include: