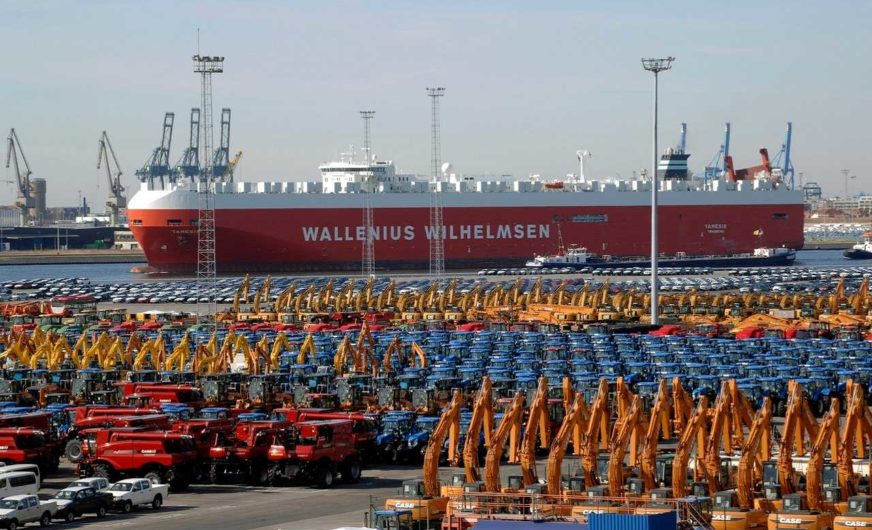 Wallenius Wilhelmsen Logistics (WWL) owners Wilhelmsen and Wallenius have signed a letter of intent to establish a new ownership structure for their jointly owned companies, introducing a more efficient management model and enabling further synergies between the joint ventures.

The ownership of WWL, Eukor Car Carriers and American Roll-on Roll-off Carrier will be combined in one entity, to be named Wallenius Wilhelmsen Logistics ASA (WWL ASA) and listed on the Oslo Stock Exchange.  In addition, the parties have agreed to merge the ownership of the majority of their vessels and other affected assets and liabilities into this entity.  The transaction is expected to be completed in Q1, 2017.

Craig Jasienski, currently CEO of EUKOR Car Carriers, will lead the team responsible for planning the setup of the new company and will become CEO upon completion of the transaction. To facilitate the transition process, Mr Jasienski takes, as of today, on a dual CEO role for Wallenius Wilhelmsen Logistics and EUKOR Car Carriers.

“The Car and Ro-Ro shipping markets have changed significantly in recent years.  Today we face a fragmented and volatile market, requiring more complex and costly operations, combined with downward pressure on prices.  With this new proposed structure we can realise significant operational and commercial synergies, creating an efficient and agile platform for future growth,” says Craig Jasienski.

In contrast, WWL’s Land based logistics, which includes port and plant based vehicle processing for autos and heavy equipment, marine terminals and inland transportation has grown strongly over recent years, developing into a billion dollar, global operation of integrated logistics.

To ready the business for further development, Christopher J. Connor, President & CEO of WWL since 2013, has been appointed Chairman Wallenius Wilhelmsen Land Based Holdings.  In this capacity, he will lead a strategic review targeting accelerated growth of the Landbased business. During the strategic review process, Christopher J. Connor will report to the WWL Board of Directors.