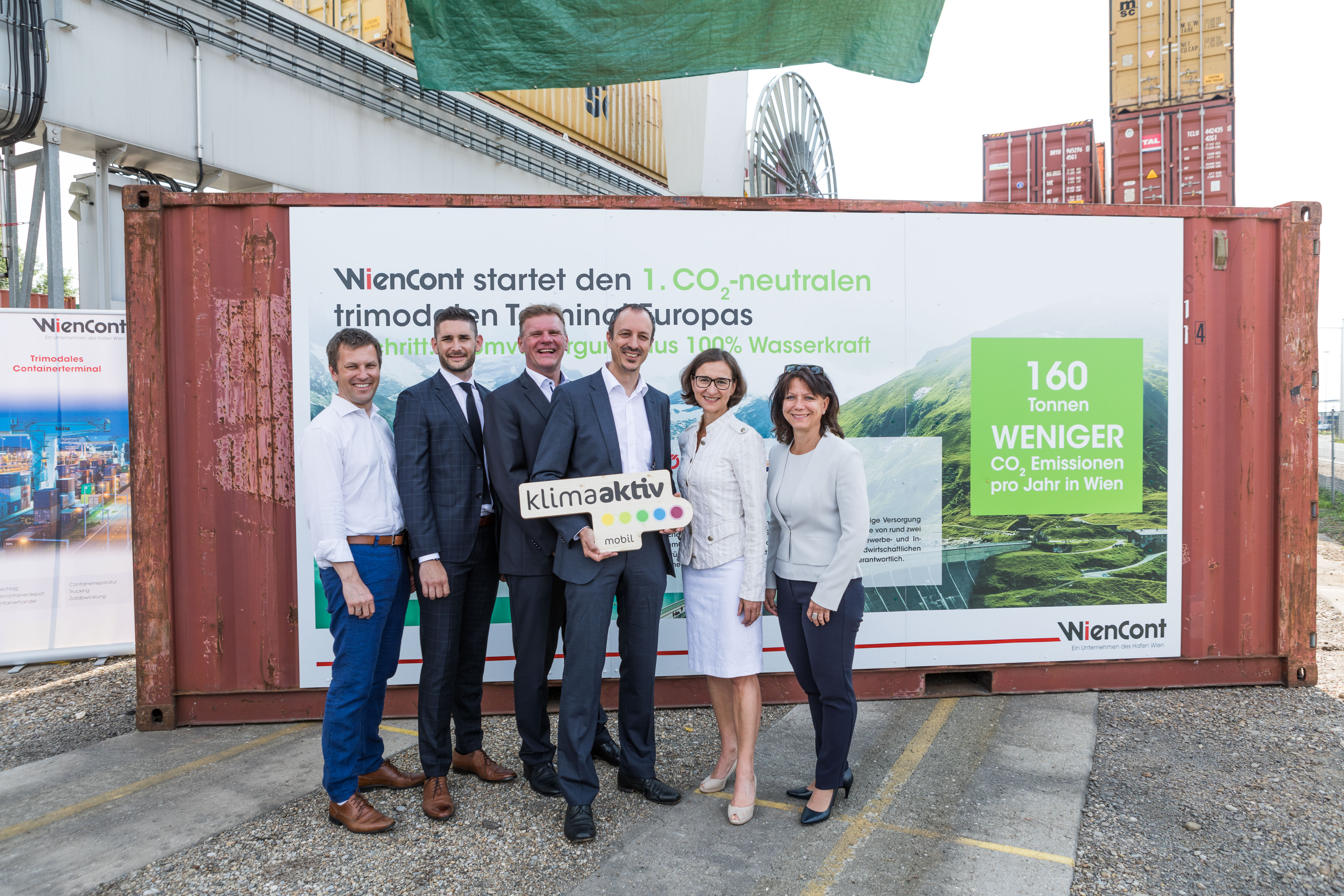 As a leading trimodal terminal in Austria, WienCont has committed itself to a clear growth strategy in new and existing business areas as well as sustainability in the business location of Vienna. To achieve this goal, the energy supply of the entire terminal was converted to hydropower at the WienCont operating site in the port of Freudenau. The next step on their way to become Europe’s first CO2-neutral trimodal container terminal is the creation of a carbon footprint of the terminal.

“I am very pleased that, in addition to the photovoltaic system which was already installed in the port in 2017, WienCont is now supplied with 100 per cent green energy from hydropower, which is the starting signal for the first CO2-neutral terminal in Europe. Thus, WienCont is well on its way to becoming a prime example of renewable energy and resource conservation,” said Doris Rechberg-Missbichler, Interim Managing Director of Wien Holding. The supply of hydropower is expected to save around 160 tonnes of CO2 per year in Vienna.