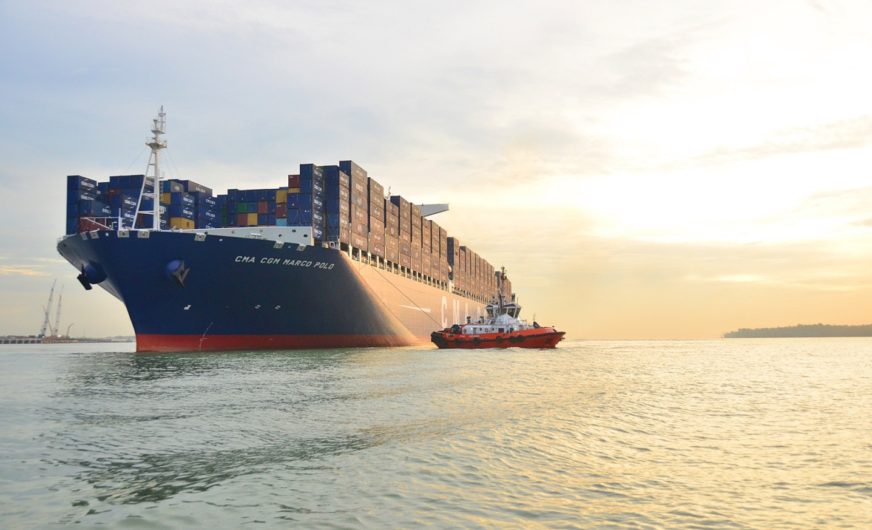 -) A programme to reduce costs by $1 billion over the next 18 months by capitalising on the Group’s experience in this area.

In particular, these plans are structured around a) the reorganisation of the line network; b) the optimisation and renegotiation of bunker costs, charters, logistics, port handling and other operating expenses; and c) certain initiatives intended to boost revenue per TEU, notably by expanding in such high value-added segments as reefer carriage.

In support of the Agility programme, CMA CGM has responded to the industry’s difficulties by postponing delivery of certain vessels until 2017 and reducing its capital expenditure commitment.

As part of the NOL integration process, CMA CGM reviewed the portfolio of brands deployed on its various lines and concluded that only two brands should be used on each trade. APL will now serve as the core brand alongside CMA CGM on the Transpacific, Transatlantic and Asia-Gulf lines. ANL will be repositioned on the Asia-Oceania trade. Reorganisation of the APL and CMA CGM lines will be further improved when Ocean Alliance is implemented next April.

Work is continuing apace in preparation for the start-up of the Ocean Alliance operating partnership with Cosco Container Lines, Evergreen Lines and Orient Overseas Container Lines. As previously announced, the Alliance is scheduled to start operating in April 2017, once the regulatory approvals have been granted. Like the other CMA CGM subsidiaries, NOL will be part of Ocean Alliance from the beginning.