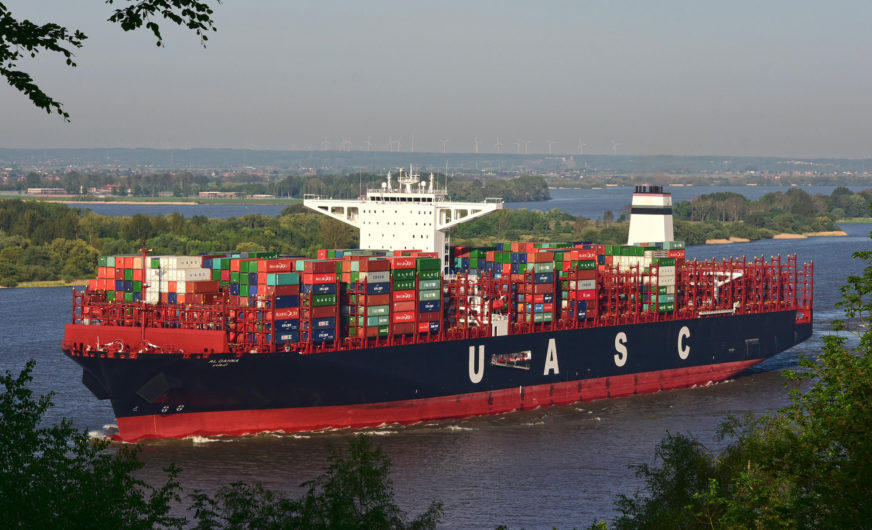 The niche supplier specializing in shipments within the Middle East trade lanes, evolved into a container shipping company with global reach. With a fleet of almost 60 ships with a capacity of 548,825 TEU, United Arab Shipping Company (UASC) nowadays plays along on center stage.

Currently UASC serves 240 ports worldwide with a number of services. The operational area of the fleet covers all continents and continues to grow. The most recent addition to the network was Chennai. The aspiring south Indian economic metropolis is served from Europe via the Colombo hub.

In addition to the expansion of the route network, UASC is also modernizing and expanding its fleet. At the moment the company is engaged in a new building program for 17 new vessels. In the course of this, the Arabic shipping company puts eleven 15,000 TEU vessels and six large container ships with a capacity of 18,800 TEU into operation.

The UASC office in Vienna employs a total of seven people and is considered an official branch of the Arabic shipping company since fall 2012. Under the leadership of General Manager Imrich Lelkes, the offices in Vienna, Prague, Bratislava and Budapest form the Central Europe Region, which handles about 5,000 TEU per month. 80 percent thereof going via the northern ports (Hamburg, Bremerhaven, Rotterdam) and 20 percent via Koper and Trieste in the Northern Adriatic.

Marketing of capacity on UASC vessels in Austria was actually launched in 1993. Back then a neutral shipping agency with its headquarter in Vienna was asked to introduce and subsequently sell the liner services from Europe to the Near and Middle East and vice versa to clients from the international sea freight forwarding business.

In its issue Nr. 19-20/2016 the “Österreichische Verkehrszeitung” (OEVZ) reported in detail about the UASC.