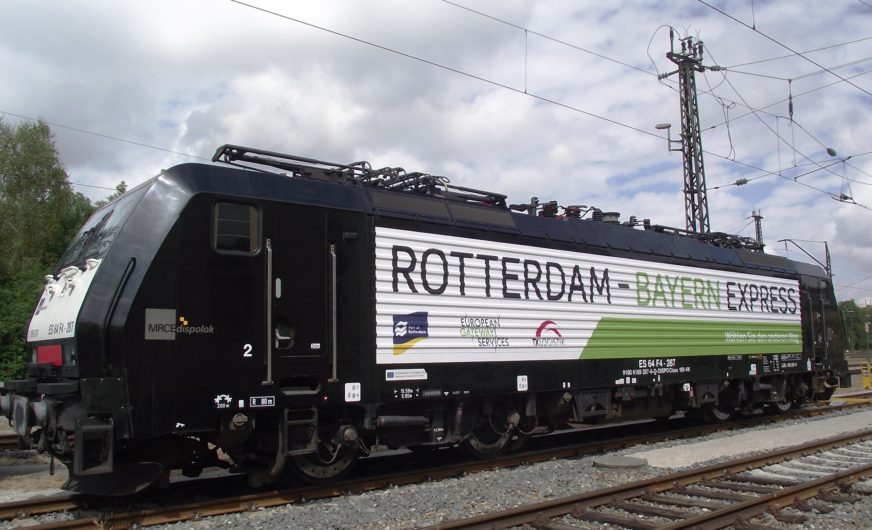 From September 7, TX Logistik AG (TXL) and European Gateway Services
(EGS) are operating a daily connection between Rotterdam and southern Germany. In addition, the departures of the Rotterdam-Bayern-Express on both courses will be increased from four to five weekly frequencies.
“We are always striving to develop our train products” says Klaus Niemöhlmann, Head of the maritime business unit of TXL. “With the increase we can now offer a higher frequency, but also additional capacity. What is even more important, is that we are now in a position to handle our trains in Rotterdam more quickly and efficiently. ”
“With this daily service, we give companies from southern Germany even better access to Rotterdam. We are convinced that the Rotterdam-Bayern-Express will prove to be very competitive and offers our customers a real added value,” says Mark van Andel, Director EGS.
The Rotterdam-Bayern-Express carries both, maritime and continental freight. The train calls all major container terminals in Rotterdam – both on the Maasvlakte and in the urban area. In southern Germany, the trains are calling Tricon Container Terminal in Nuremberg and the Munich Riem inland terminal. TX Logistik and European Gateway Services offer also precarriage and onward carriage from both terminals.
Cargo leaving Rotterdam with this rail connection on the first day, is available at the door of the recipient on the third day all over southern Germany and northwestern Austria. In the opposite direction similar transit times are available to vessels calling overseas destinations.
www.txlogistik.eu