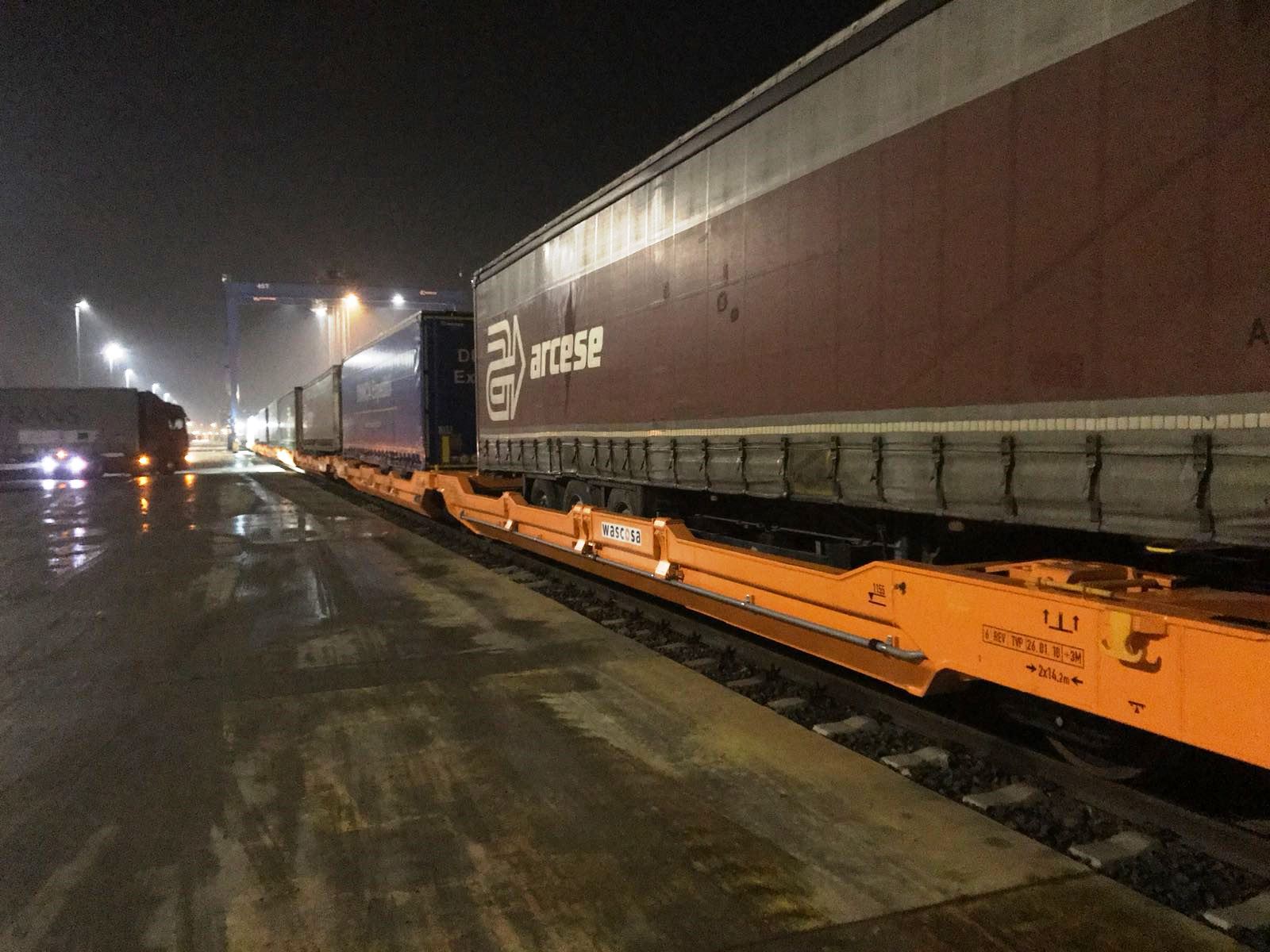 TX Logistik AG recently added a new connection between Cologne and the Romanian city of Curtici to its timetable. The schedule features three weekly round trips. Up to 36 load units can be carried per train.

The train mainly carries megatrailers, which are loaded with components for the automotive industry in the direction of Romania, and furniture and other consumer goods in the direction of Germany. The main customers using the open train system include the Italian logistics company Arcese and the Romanian transport company Dunca Expediţii.

The route runs from the CTS container terminal in Cologne-Niehl via Würzburg and Passau through Austria and Hungary to the Trade Trans Terminal in Curtici, a few kilometers away from the Hungarian border. The responsibility and control of the entire transport chain lies with TX Logistik (TXL). Berit Börke, Sales Director at TXL, sees considerable opportunities for growth on the West-East corridor: “We are also keeping an eye on the Turkish market with the Cologne-Curtici relation.”

TX Logistik was founded in 1999 as a private railway company and has a powerful European network. With around 500 employees, the company generated annual sales of EUR 250 million in 2016. Since January 2017, TX Logistik has been a wholly owned company of Mercitalia Logistics S.p.A., a subsidiary of Ferrovie dello Stato Italiane.