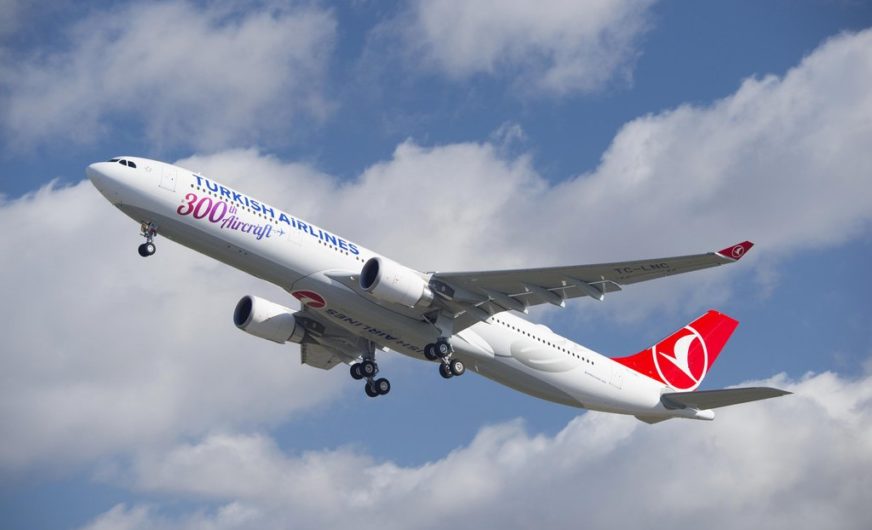 The addition of the 300th plane, an Airbus A330-300, was celebrated with a ceremony that was held last week at Atatürk International Airport in the new hangar of Turkish Technic Incorporation.

In his address, Turkish Airlines Board Chairman M. İlker Aycı noted that Turkish Airlines has set great targets to take measured steps towards becoming the world’s leading airline. Indicating that it has also acted as a “diplomatic” pioneer due to the far-reaching flight network, Aycı said, “As Turkish Airlines, we are at the top among the fastest growing airlines worldwide.”

Established in 1933 with a fleet of five aircraft, Turkish Airlines today is an airline with a fleet of 300 (passenger and cargo) aircraft flying to 284 destinations worldwide – 235 international and 49 domestic. It received its 100th aircraft in August 2006, 73 years after its establishment. Nearly seven years later, in March 2013, its fleet reached 200 aircraft. With  300 aircraft in the fleet today, it is the world’s 13th largest airline in terms of fleet size (IATA ranking).

Airbus has a long-standing relationship with Turkish Airlines dating back to 1984 when it added the first A310. Today the carrier operates 159 Airbus aircraft including 53 A330 variants.