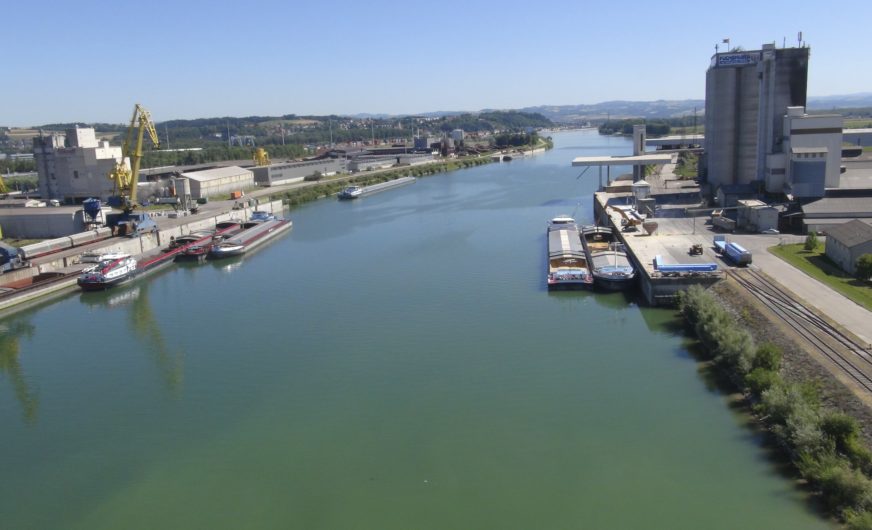 Despite the continuous low water period in autumn, 2015 was a satisfying year for the port of Ennshafen. With about 720,000 tonnes, quayside throughput showed a slight increase year-on-year. Considerable increases were seen in the goods groups of fertilisers, grain and oil seeds.

Following a construction period of eight months, the modernisation and expansion of the Enns container terminals was completed, and the new high-performance module for combined transport started operation. Five new block train-length tracks with cranes were added to the four existing tracks, and two gantry cranes and depot areas for 2,500 containers were set up. 2015 throughput amounted to more than 291,000 TEU according to the annual report just published by Ennshafen OÖ GmbH.

Some of the residential companies already have invested into the location. The Wozabal company raised about EUR 14 million to optimise and expand the location. 50 new jobs were created in one of Europe’s most modern laundries. The Bernegger company has bought 10 more hectares in the Wirtschaftspark Enns for its future development of the location.

The ‚Vereinigte Fettwarenindustrie GmbH‘ (VFI) is to set up an oil press for EUR 12 million in the Wirtschaftspark Ennsdorf. The trimodal throughput options in the port of Ennshafen were decisive for the settling on the 2.5 hectares plot. Construction start for the new plant is scheduled for April 2016. Also the Bauer garage, whose operating site is already under construction, is to join the community.