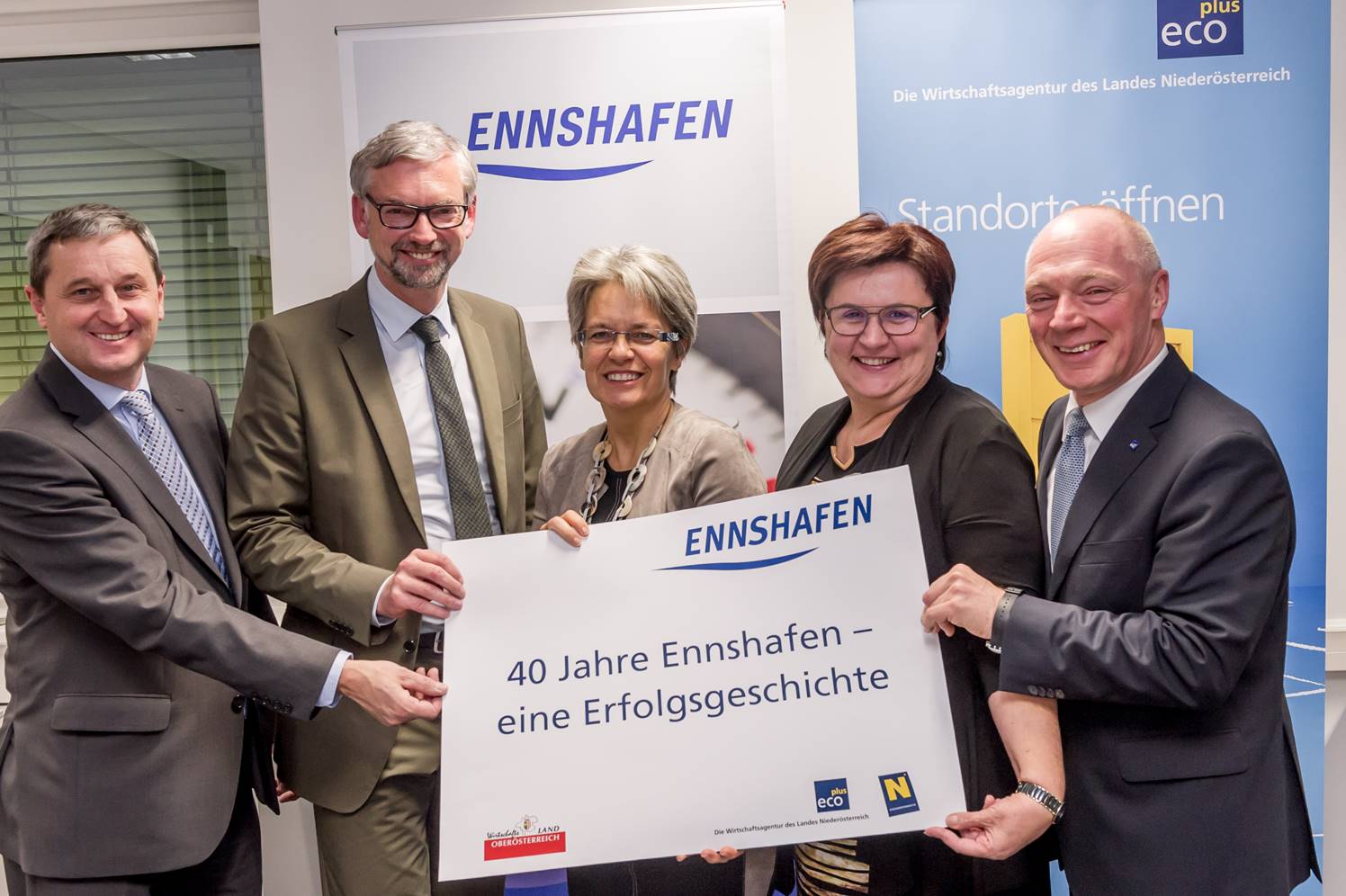 Ennshafen is Austria’s most modern public inland port. It combines the port area and the adjacent business parks in Upper Austria and Lower Austria, to the largest integrated industrial development area on the upper Danube with more than 350 hectares. With numerous investments in infrastructure and state-of-the-art technology, the port has become a trimodal logistics hub and an important business location for the region of Enns-Perg-Amstetten, providing jobs for more than 2,000 employees.”

The idea of building a port at the Enns Danube estuary was born in the 1960s by Prince Kraft Alexander zu Hohenlohe-Oehringen. From his self-drawn plans the concept emerged, which was finally implemented with the start of construction in 1974.

The Ennshafengesellschaft was founded in 1976.  Initially the site still operated as a pure industrial port for the petrochemical industrial complex of the former Chemie, that had settled down at the same time in the port area.

The strategic decision of the former Chemie Linz AG, to shut down the location in Enns, became a new concept for the area – from an industrial port to a public trading port with private handling companies. By implementing this project, in 1994 the operational port business started.