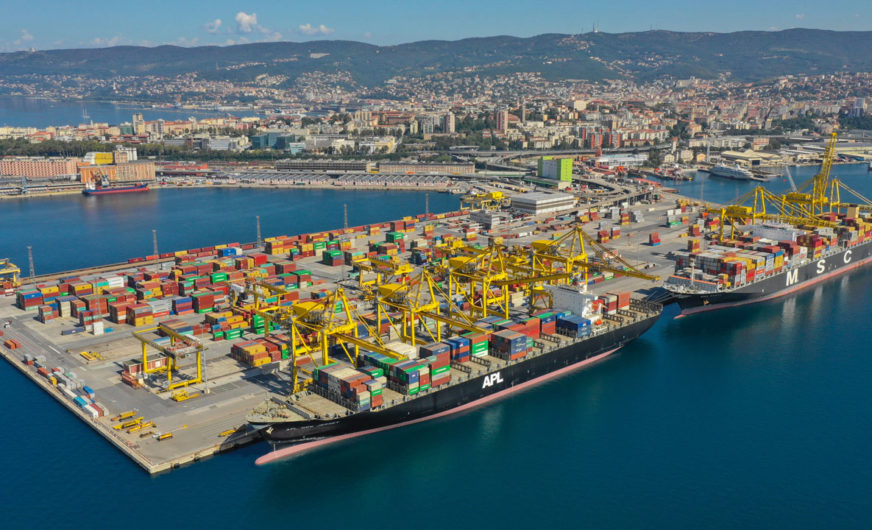 During 2019, 688,647 TEUs were handled by Trieste Marine Terminal at Molo VII of the Port of Trieste. Thus, compared to 2018, the Teus moved through the container terminal grew by 10.05 percent. This is an historic record for the terminal, confirming the growing trend of the latest years, being once again the result of the attention constantly paid to investments both in equipment and in the railway.

Trieste Marine Terminal, for short called Molo VII (Pier VII), is the only specialized container terminal operator providing accurate handling, storage and inland routing of containers in Trieste. One of its key advantage is the strategic geographical position, being situated in the North Eastern side of Italy. In fact it is considered one of the most convenient gateways to the South and Eastern Europe.

Trieste Marine Terminal provides a full range of services which customers expect from a modern container terminal. First rank shipping lines engaged in both deep sea – Intercontinental route – direct and Intra – Mediterranean feeder services call at Molo VII on a regular basis. Intermodal connections are one of the key elements in the terminal strategic vision.