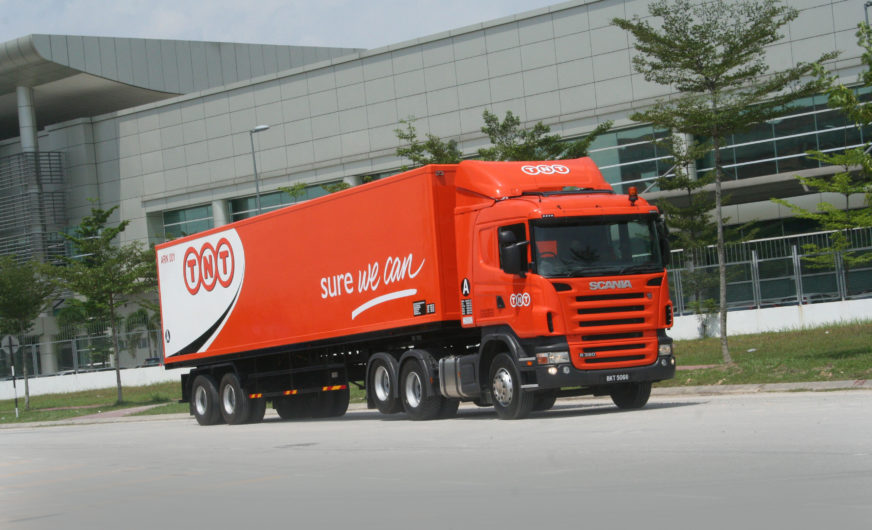 TNT has connected Georgia to its European road network. This has made the company the first express service provider which offer an “Economy Express-Service” to the country in the Caucasus.
The new scheduled operation connects Georgia’s capital Tiflis via Istanbul in Turkey with the European TNT road network – and thereby with more than 40 countries on the continent. According to the company this offers attractive runtimes and prices for pallets and palletised freight. Besides customers can now despatch larger  (up to 30 m³) and heavier cargo (up to 1.000 kgs general cargo units on a pallet) than before.
In addition TNT reduces transit times via its European road network from and to Moscow, depending on the country of origin by up to 48 hours. This required a route change: Until now TNT only approached Russia only via its northernmost hub in the southern Finnish Turku via road. Now the express service provider connects Russia with its European road network also via the hub in Warsaw and can thereby increase speed and capacity for road transports to Moscow.
TNT customers in Eastern- and Southeastern Europe profit from this route change with immediate effect. For shippers in Germany the new economy road service to Russia will be available starting in 2016.
Both network improvements are part of the TNT outlook strategy which among other things aims at an increased range, speed and efficiency of the European road network.
TNT is one of the globally leading transport provider of express services. The company delivers more than a million consignments every day – from documents to parcels to palletised freight – and in 2014 they generated a total turnover of 6,7 Billion Euros.
www.tnt.com