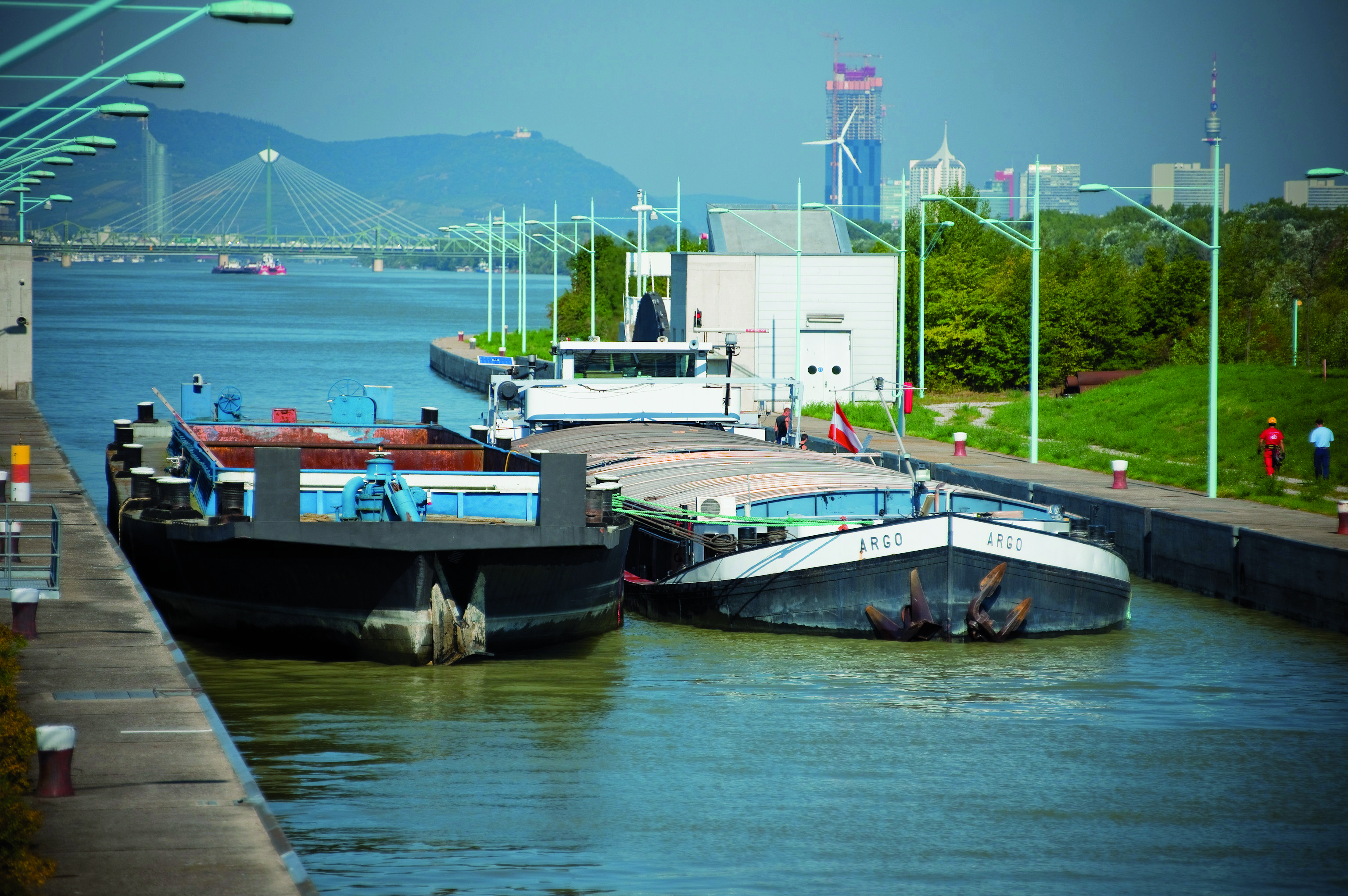 Published recently by viadonau, the 2017 annual report shows that Danube navigation in Austria developed well in the past year. Thus transport volume (up 6 per cent) and waterside throughput (up 6.5 per cent) in the Austrian Danube ports and berths showed a solid increase in 2017. The number of ships passing the locks (up 2 per cent) continued to rise, as well as the number of passengers (up 2.8 per cent).

In 2017 more than 9.6 million tonnes of goods were transported on the Austrian section of the Danube. Despite a lengthy closure due to ice at the beginning of the year, good fairway conditions throughout the rest of the year led to an increase of 6 per cent or 0.5 million tonnes in comparison to the previous year.

The total transport performance (the product of transport volume and distance travelled) in the federal territories increased by 3.1 per cent to over 2 billion ton-kilometres. The entire transport capacity, both within and outside of Austria, rose by 4.8 per cent to 9.7 billion ton-kilometres. The number of trips made by loaded vessels on the Austrian section of the Danube rose by 5.7 per cent (from 8,448 to 8,932).

Cross-border freight traffic (the sum of export, import and transit) recorded an increase of 9.1 per cent or nearly 0.8 million tonnes compared to 2016. The strongest increase in transport volumes on the Austrian Danube was recorded for export (20.5 per cent or approximately 405,200 tonnes). Imports also saw an increase in the volume of goods transported of 12.2 per cent or just under 522,400 tonnes).

In contrast, domestic traffic and transit traffic decreased: domestic traffic on the Danube waterway, which had the smallest share of total transport volume in 2017 with 4.0 per cent, fell by a substantial 36.1 per cent or almost 219,700 tonnes to 389,148 tonnes. Transit volumes fell marginally by 7.3 per cent or just under 159,800 tonnes to approximately 2 million tonnes and now represents the third largest share of total goods transported.

Also river shipping stands in the sign of digitisation. It is at the very heart of the viadonau’s modernisation of the waterway. The company continues to pursue a holistic development approach – from the maintenance of the fairway to an international commitment to providing uniform high standards of conservation and information along the entire Danube.