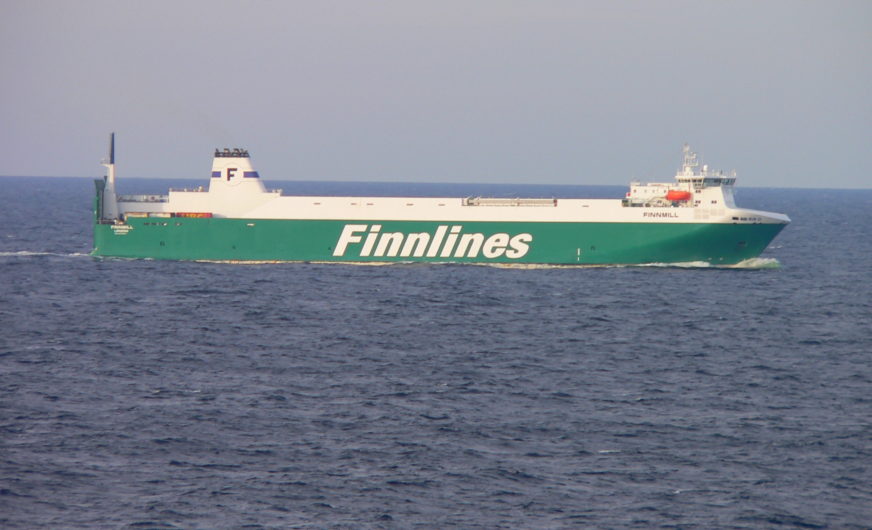 After carefully evaluating several investment options, the top management of the Grimaldi Group decided to acquire 5,449,032 ordinary shares, corresponding to 10.58 percent of Finnlines’ share capital, from the Finnish pension fund Keskinäinen Eläkevakuutusyhtiö Ilmarinen, for a total amount of EUR 97 million. With this transaction, the Group holds today, through its various sister companies, 91.32 percent of the share capital of Finnlines.
The excellent economic results recently recorded by the Finnish company have prompted the Neapolitan shipping group to consolidate its shares in its subsidiary rather than investing in other activities. This is a sign of confidence in Finnlines for its very satisfactory results recorded in 2014 and 2015. In the first six months of 2015, Finnlines recorded a turnover of EUR 252 million, an EBITDA of EUR  51.5 million and a net profit of EUR 16.4 million (+ 9.2%).
With one of the largest ro/ro and ro/pax fleets, Finnlines is the leading operator in the ro/ro and passenger transport in the Baltic and North Sea offering an extensive network of Motorways of the Sea between Belgium, Estonia, Finland, Germany, Spain, Sweden, The Netherlands, Poland, the United Kingdom and Russia.
The Grimaldi Group operates a fleet of more than 100 ships and is a world leading operator in the transport of cars and ro/ro cargo. Established in 1947, the Group is headquartered in Naples and has about 10,000 employees. In the passenger sector, the Group controls Finnlines, leader in ro/ro transport in the Baltic Sea and Minoan Lines, the Greek ferry operator leader in the Adriatic Sea and on the route between Piraeus and Crete.
www.finnlines.com   www.grimaldi.napoli.com