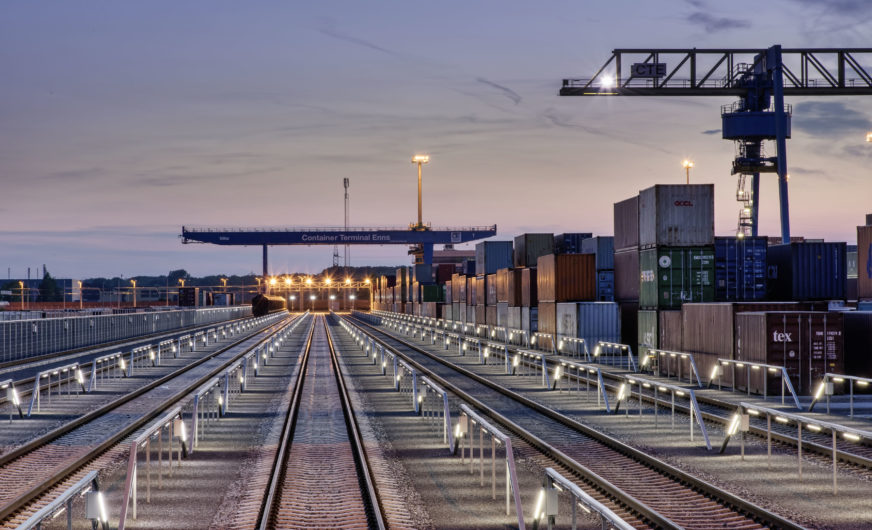 By early July shippers in Austria must determine and forward the VGM – Verified Gross Mass of sea containers to the respective shipping companies. Under the provisions of the SOLAS regulations, based on the International Convention of 1974 for the Safety of Life at Sea, only containers with VGM may be taken on board.
CTE offers therefore a weighing service with calibrated scales on the terminal in Enns from 1 July 2016. If the order is available in good time before the arrival of the container at the terminal, a weighing according to the SOLAS IMO regulations  IMO // MSC 1 // Circ. 1475 will be carried out. Also the sister terminal CTS Salzburg offers this service.
In May 2016, the terminal has changed all operational processes to the state-of-the-art terminal operating system IRIS (Intermodal Rail Information System). The new database links all processes at the terminal and acts as a digital interface with the shipping companies.
For the customers, this means more transparency and easier handling.
“After delays caused by the transition to the new operating system, transport at the terminal in Enns now runs again as stable as usual and within the agreed time windows. Through further organisational measures the throughput times of trains were optimised. Among other things, new material handling equipment will be in use,” informs a mailing by Container Terminal Enns GmbH
Container throughput at Terminal Enns is continued at full speed.
Currently more than 50 weekly trains are dispatched to the North Sea ports to Rotterdam and Koper, and an average of 900 paid daily movements are performed.
www.ct-enns.at