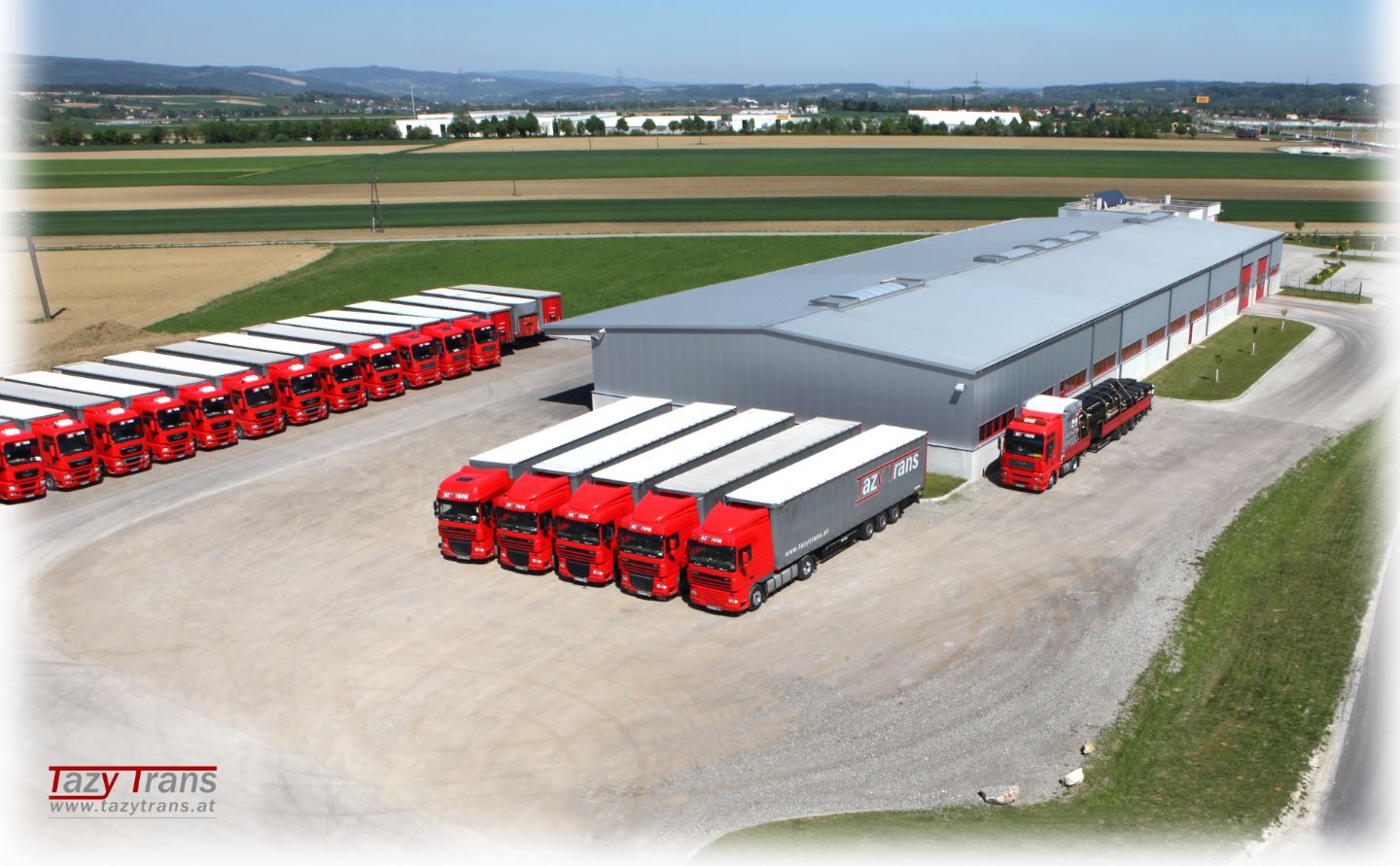 Since 1 January 2018, Tazytrans Logistik GmbH, headquartered in Ennsbach in the district of Melk (Lower Austria) belongs to the Reder Group in Hörsching (Upper Austria). After intensive preliminary discussions and a detailed due diligence check, the purchase of the operative transport company and the property with the owner Christian Tazreiter was fixed in the late summer of 2017. A lack of succession made a search for long-term protection outside the family necessary.

Tazytrans Logistik focuses on tarpaulins in national and international (mainly Germany) long-distance transport with industrial goods of the metal and wood industry, as well as warehouse logistics including order picking. 25 tarpaulin trucks with standard, coil and extendable semi-trailers are arranged and serviced by Christian Tazreiter and his office and workshop team.

In addition to a well-run company, a modern facility with petrol station, workshop, warehouses, generous open spaces and of course office and social rooms on an area of ​​30,000 m² in a prime location near the motorway exit Amstetten Ost for further expansion steps is available. Tazytrans Logistik as a third brand (in addition to Reder Transporte and Erro) will continue to be independently managed and further developed on the market.

The cooperation with the Reder Group is reported to have started perfectly. By the end of the quarter, one third of the tractors will be renewed. A major construction project – the construction of a further warehouse with an area of ​​3000 m² – is already in the planning phase after long-term contractual fixation with a major customer.