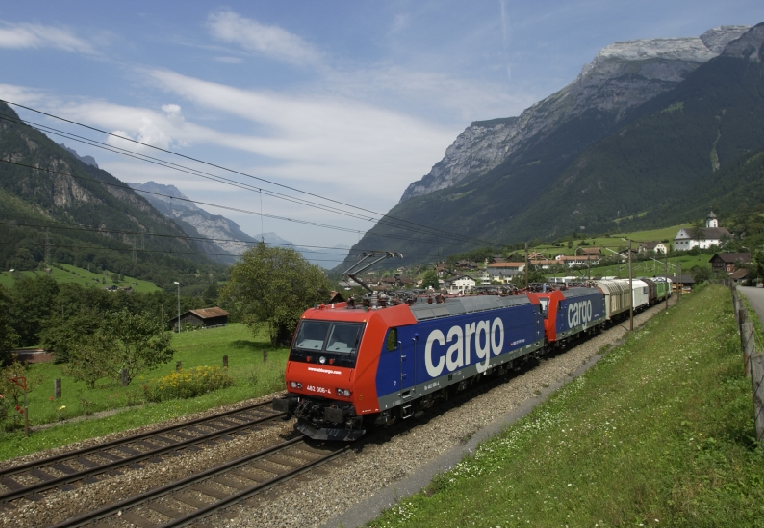 Cargo traffic suffers from the strength of the Swiss Franc and decreasing volumes in import and export. SBB Cargo generated a loss of 25 Million CHF in the first semester 2015 (2014: + 15 Mill. CHF). Due to the currency effect, the corporate earnings for SBB Cargo International also resulted in a loss of 3,9 Million CHF (previous year period: + 1,1 Million CHF).
The development in cargo traffic was characterised by direct and indirect consequences of the strong franc. Starting in April there was a significant decline in transport volumes: Traffic performance in Switzerland decreased by 1.2 per cent to 3,18 Billion net tonne-kilometres. (previous year period: 3219). The decrease mainly affected single wagonload traffic with its high overhead costs; with regard to major distributors, the construction industry and transports in import/export the figure occasionally exceeded 5 per cent.
On the other hand, distribution performance in the SBB Cargo International forwarding business and transit traffic increased; here profit margins are low and revenues internationally are billed in Euros and costs are in Swiss franc. In total, overall traffic performance in cargo traffic decreased by 0.3 per cent to 7.62 net tonne-kilometres.
The signs for a deindustrialisation in certain lines of industry have grown. It is to be expected that transport volumes will continue to fall and at the same time margins are also decreasing. This is why additional measures to increase competitive capacity and long-term client loyalty as well as structural adaptions will be necessary.
www.sbbcargo.com