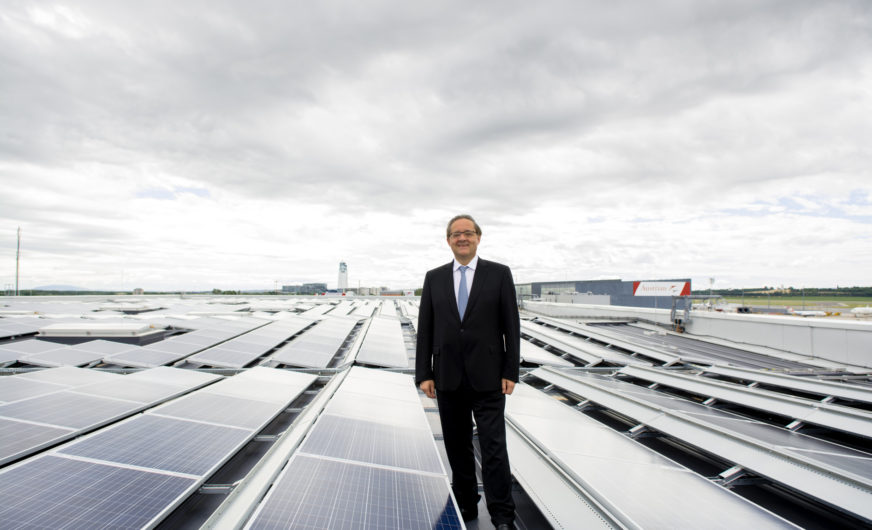 In the period from January to June the Vienna International Airport saw significant growth in freight volume. With 138,227 tonnes (air cargo and trucking) the previous year’s figure was exceeded by 6.3 percent. For the month of June, an increase by 11.9 percent to 23 776 tonnes was recorded. This becomes visible from the overview of Flughafen Wien AG on the development of traffic in the first six months of 2016.

Flughafen Wien AG pursues its sustainable development strategy consistently. In a first move in July 2016, around 2,000 solar panels on a total surface of around 3,200 m² were put into operation on the roof of a hangar and an equipment hall. In the future these panels will generate more than 500,000 kWh of solar electricity per year and thus contribute to a climate-friendly and sustainable supply of electricity at the Vienna airport.

The next moves will be to use the roofs of existing and newly built properties at the site. The next major project will see the roof of the Air Cargo Center being equipped with photovoltaic systems on a surface of approximately 5,000 m², which means more than doubling the capacity next year.