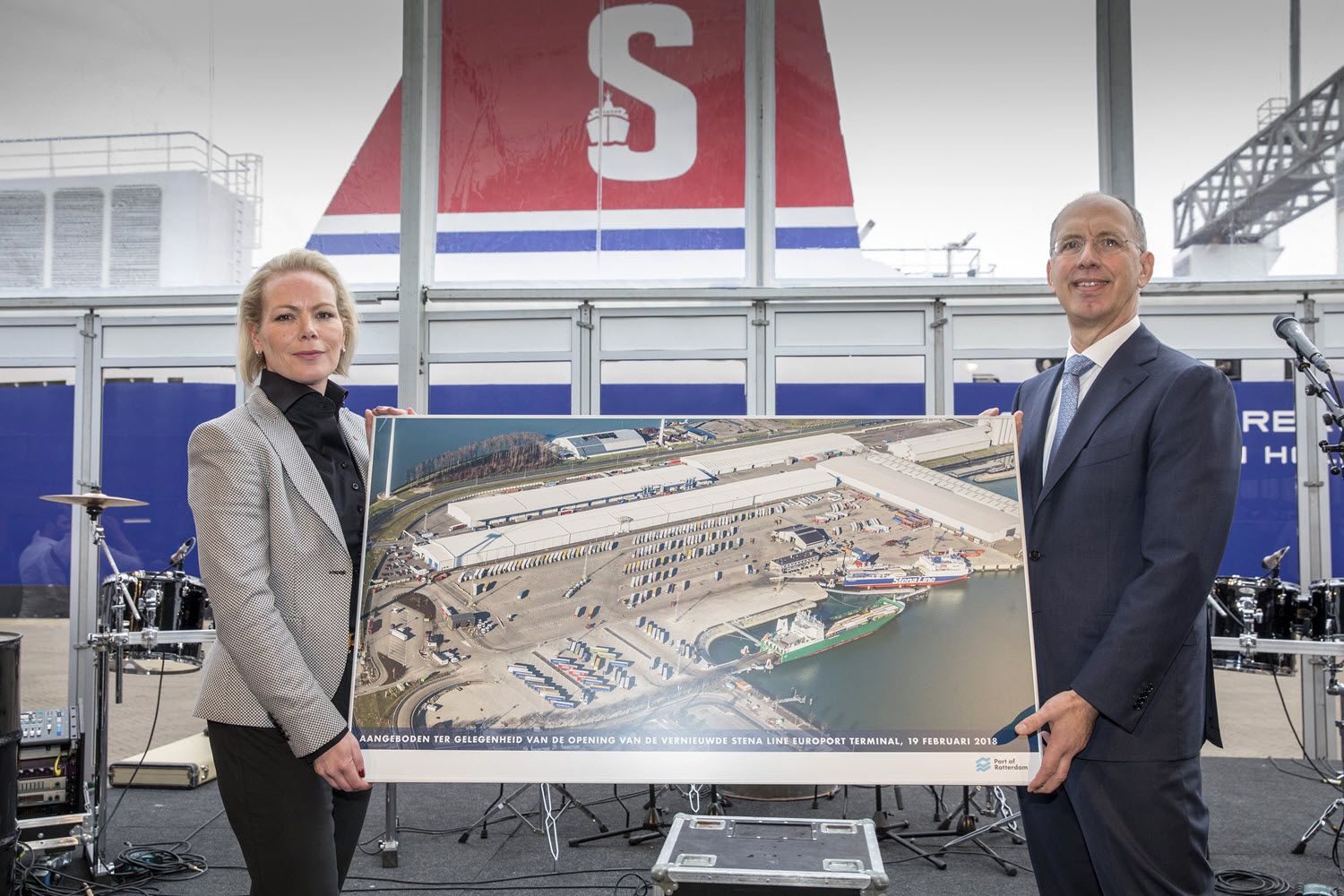 As well as upgrading the existing berth, the terminal was expanded with a second berth to handle roll-on/roll-off vessels. The renovated quay with two berths comprises a total of 212 metres.

“We are delighted with the new quay and the doubling of the berths,” said Annika Hult, Trade Director of Stena Line Noordzee. “We firmly believe in Europoort’s future as a strong freight hub on the North Sea. The number of departures has increased in recent years, and ship capacity has also increased. Last January we replaced three of the four ‘Europoort vessels’ with larger vessels. The second berth will enable us to further respond to increasing demand on our routes to Harwich and Killingholme. Modifications to the site also offer space for further growth.”

The new quay in the Beneluxhaven is a further step to strengthen Europoort as RoRo hub, explained Ronald Paul, COO at the Port of Rotterdam Authority. Last year the roll-on/roll-off sector in Rotterdam grew by 6.2 per cent through the use of larger vessels, an increase in the number of services and the expansion of existing services.