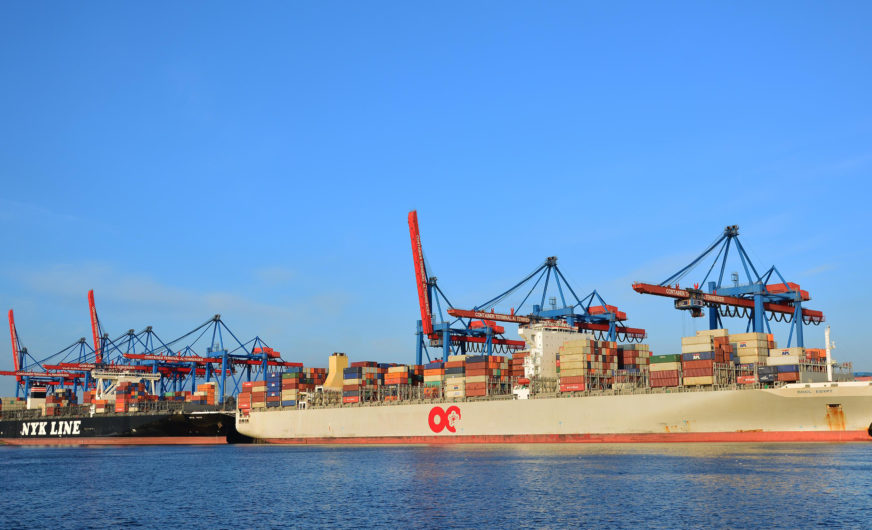 With 70.2 million tonnes in the first half of the year 2016 total seaborne cargo throughput, which includes the general and bulk cargo segments, was 0.9 percent down on the previous year. In the first six months of 2016 containerized cargo handling totalled 4.5 million TEU – corresponding to a downturn of 1.2 percent.

“Seaborne cargo throughput in the Port of Hamburg in the first half of the year may have been slightly lower, but the trend was noticeably more stable. With an advance of 1.9 percent by comparison with the preceding three months, the second quarter of 2016 already signalled a discernible upward trend,” said Axel Mattern, joint CEO of Port of Hamburg Marketing when talking to the media.

Yet the collapse in container traffic with China and Russia reported for last year has meanwhile been almost completely halted. Despite the continuance of foreign trade sanctions, for instance, 216,000 TEU have been transported between the Port of Hamburg and Russia, representing a 2.3 percent increase.

Container traffic with China also developed more steadily, being just 1 percent below the previous year’s figure at 1.3 million TEU. Also very satisfactory is the growing importance of India, which was up 9.9 percent (128,000 TEU) – meanwhile ranked eighth among Hamburg’s top trading partners for container handling. Other positive throughput trends were reported for container traffic with Finland (up 4.3 percent), the U.S. (up 7.3 percent), the United Arab Emirates (up 14 percent) and the United Kingdom (up 13.1 percent).

The main explanation for the 1.2 percent fall in total container throughput was the downturn in transhipment services with ports in Poland and Sweden that handled calls from a larger number of direct container services. The downturn in first-half container handling amounted to 5.6 percent with Scandinavia, and to 5.7 percent with Poland and the Baltic states.

Non-containerized general cargo throughput, of oversize plant elements and roro cargo, for example, remained below the previous first half-year’s figure at 815,000 tonnes, down by 6.9 percent. On the import side, reaching 273,000 tonnes but 5.6 percent lower, growth in the form of wood, project cargo and citrus fruit imports failed to offset downturns for paper, metal and vehicles. On despatches of conventional general cargoes, reportedly 7.6 percent lower at 542,000 tonnes, growth for iron, steel and wood failed to make up for lower vehicle exports.

Ingo Egloff and Axel Mattern, Port of Hamburg Marketing’s joint CEOs, made special mention at the press conference of the excellent development of Hamburg’s seaport-hinterland rail services. During the first half of 2016, a total of 23.8 million tonnes of freight were transported into and out of the Port of Hamburg by rail, representing an advance of 3.9 percent. First-half container transport by rail at 1.2 million TEU was also ahead by a substantial 2.1 percent.