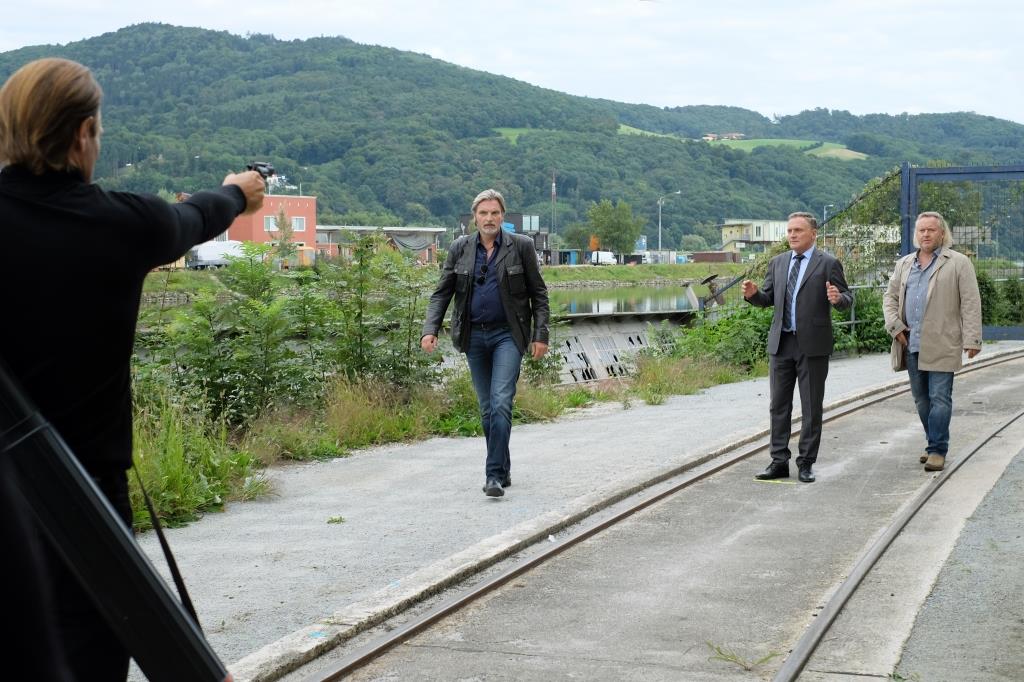 The port of Linz is known far beyond the borders as major international logistics centre. Now the port area also attracted attention a fantastic shooting location for exciting movie scenes with chases.

The Satel TV film crew stayed in the Upper Austrian capital and shot several key scenes of the episode titled “Over the roofs of Linz” there, one of the current 12th “SOKO Donau”-season. The shooting took place on two days in August 2016, and turned the two headlands between the harbour basins into a unique setting for the popular television series.

The episode is about a Klimt painting that is stolen from the Linz state museum. During the burglary, a murder happens. The chase of the murderer leads the “SOKO Donau” investigators also to the port of Linz, where they make an insightful discovery, get a crucial hint and are eventually able to prevent another murder. However, we will not provide any further details here.

“SOKO Donau” is co-produced by Satel Film and Almaro Film in cooperation with the broadcasting companies ORF and ZDF, produced with the assistance of Fernsehfonds Austria, Filmfonds Wien, Land Oberösterreich, Land Niederösterreich and Cinestyria.