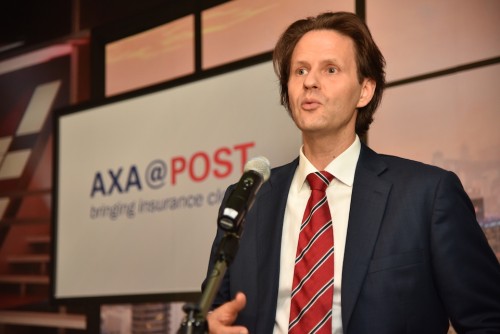 Singapore Post Limited (SingPost) Board of Directors announces that Dr. Wolfgang Baier (41), Group Chief Executive Officer (GCEO), has submitted his resignation. He will support a handover until 30 June 2016 or earlier.

The Board is looking for a GCEO both internally and externally. As part of the transition plan, with effect from 1 January 2016, Deputy Chairman Mr Goh Yeow Tin will be appointed an Executive Director for a period of 12 months. Mr Goh will oversee the Group’s post-merger integration activities, the business and operations in Singapore.

Mr Mervyn Lim, Deputy GCEO (Corporate Services), will cover the work of the GCEO. During this period, SingPost Chairman, Mr Lim Ho Kee will step up his involvement to provide management with more time and guidance over and above the normal oversight of the role as SingPost continues accelerating its transformation – a journey which began more than a decade ago, in the face of declining letter mail volume.

Chairman of SingPost, Mr Lim Ho Kee said, “The Board appreciates and thanks Wolfgang Baier  for his leadership and role in accelerating SingPost’s transformation. Under his leadership and great team effort, SingPost has been established as a regional leader in eCommerce logistics business, with a strong focus on digitising our business.”

Wolfgang Baier joined SingPost as Chief Executive Officer (International) in February 2011 to oversee the development of SingPost’s international wing. In October 2011, he was appointed GCEO to lead SingPost in a crucial stage of its transformation. While transforming the business and expanding into the region, Wolfgang Baier together with the SingPost team continued to focus on innovating and improving the service quality and productivity of the core postal services and property portfolio.

As at 30 September 2015, SingPost’s eCommerce related revenue and overseas revenue were 29 per cent and 40 per cent of total revenue respectively as SingPost expanded internationally through acquisitions and leveraged the rapid growth in the regional eCommerce market.

For over 150 years, Singapore Post (SingPost) as the country’s postal service provider, has been delivering trusted and reliable services to homes and businesses in Singapore. Today, SingPost is pioneering and leading in eCommerce logistics as well as providing innovative mail and logistics solutions in Singapore, Asia Pacific and USA, with operations in 15 countries.