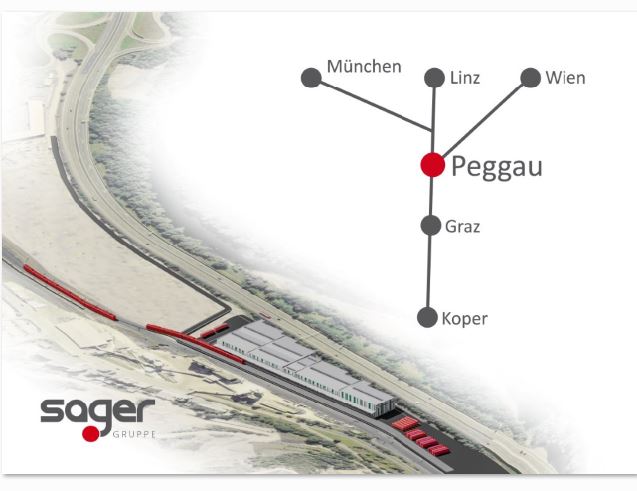 In times of increasing cost discipline a growing number of companies takes every opportunity to avoid unnecessary truck tolls. Partly for this consideration, the Sager Group in Peggau (Styria) buils a new logistics center with rail siding, which is scheduled to start operation by the end of 2017.

“In February 2017 we will turn the first sod for the construction of a 10,000 m² covered logistics center. It will include a rail siding allowing to form block trains for container transport”, Philipp Sager explains in an interview with the magazine Österreichische Verkehrszeitung. According to him the investment is in the double-digit EUR million range.

Philipp Sager sees the new logistics center in Peggau as predestined for customers with locations in the north of the Styrian capital, the region of Bruck an der Mur, Leoben and Kapfenberg, with regular exports to customers in Europe and overseas, or for Graz-based companies with limited production and storage areas.

In this context, the entrepreneur emphasizes their intention not to compete with, but to complete the Cargo Center Graz, which has developed into a success story not least because of the daily block train connection to the Slovenian seaport of Koper, according to his estimation.