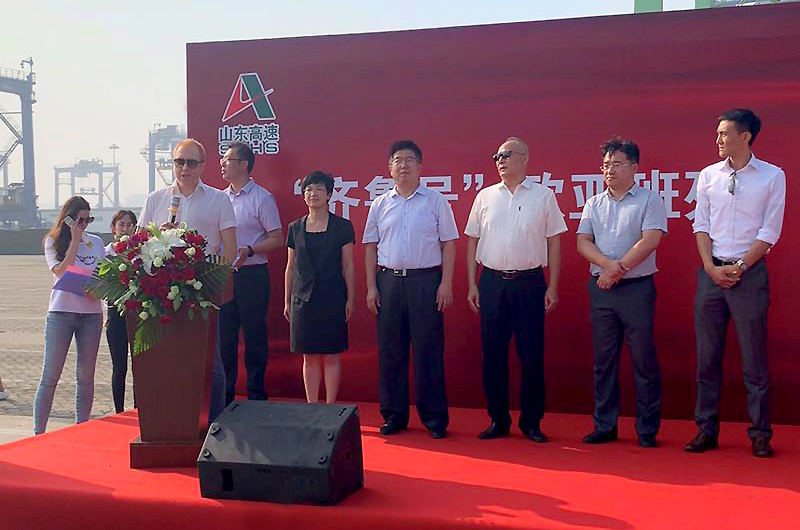 RZD Logistics JSC has launched a new transit service from the city of Yantai (China) to Duisburg (Germany). The first train with finished household products, auto parts and components for electronics production left the station on July 26 and arrived at its destination on August 14.

Thus, RZD Logistics at current is organizing container trains from various cities of the Shandong province to Moscow, St. Petersburg, Perm, Minsk, and Duisburg today. Besides that, a further service will be launched on the new route from Jinan City, Shandong Province to Budapest in August.

The Yantai – Duisburg route passes through the territory of Mongolia, since the Shandong Province geographically gravitates precisely to this path, as well as it is ready to provide an additional subsidy for it. The service is available to a wide range of shippers. It is planned that at the end of III – beginning of the IV quarter train departures will be scheduled on a regular basis.

“Our cooperation with the Yantai station is developing quite rapidly – just a month ago we launched a service to Moscow, and now we present a transit route to Germany and there is no doubt in its further successful development. Shandong ranks third in the GDP ranking of various provinces in China, it is an industrialized region with a high level of both production and consumption, which gives us a good chance to work out the issue of reverse loading of transit trains,” says Vyacheslav Valentik, CEO of RZD Logistics JSC.